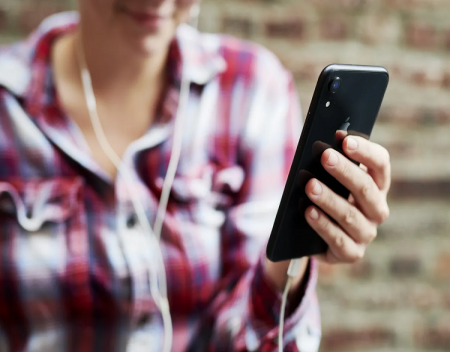 Report: the number of Latino monthly podcast listeners has decreased

After growing substantially in 2021, the number of Latino Americans that listen to podcasts has stalled, according to a new report from Edison Research and Libsyn. However, the findings also demonstrated a substantial demand for Spanish-language content.

In 2021, Edison and Libsyn reported that 36 percent of Latinos in the US listen to podcasts monthly, a massive 44 percent increase from the year prior. This year, that figure went down to 34 percent. Gabriel Soto, senior director of research at Edison, said this likely represents a normalization following the pandemic bump rather than evidence of a sustained decline. Edison reported a decrease in podcast listening overall at the beginning of the year, which normalized when researchers checked back in last month. It is possible that this dip, too, is temporary as post-pandemic habits evolve.

A bright spot, though, is that 59 percent of those surveyed said they have listened to a podcast before, up three points since 2021. It's not as high as last year's six-point increase, but it's not nothing!

Better promotion of Spanish-language content could help grow listening among Latinos. One-third of respondents said they have listened to a Spanish-language podcast. Elsie Escobar, community manager at Libsyn and co-founder of She Podcasts, said that it isn't always easy for US listeners to find podcasts in Spanish and that podcast platforms could follow Netflix's model of promoting content in different languages. And it's not limited to the shows themselves — a majority of survey participants said they prefer having ads in both English and Spanish.

The survey also asked respondents which Latino music artists they would most want to host a podcast. Shakira snagged the number one spot, with 44 percent approval, with Jennifer Lopez and Selena Gomez close behind. Manifest it, people!

Libsyn beefs up its advertising reach with another acquisition

Libsyn's been on a buying spree, and now the company is making moves to expand its reach in Europe. The company announced this morning that it's reached a deal to acquire the podcast advertising and hosting firm Julep Media, which Libsyn says is “Germany's largest independent platform for podcast advertising.” Julep will be combined with AdvertiseCast and help the service expand throughout Europe. A price for the deal wasn't announced. Julep's leadership team will stay on board for at least three years, and its CEO, Steffen Hopf, will take an expanded role in supporting AdvertiseCast's international growth.

I'm less interested in the details of this specific deal, though, than I am in the broad strokes of what it points toward. Libsyn has been scooping up company after company in an effort to build a sizable presence in podcast advertising. The company bought AdvertiseCast in March 2021. That purchase — of a platform that offers self-serve ad buying — seems to have been the bedrock for much of what came next. Libsyn scooped up parts of Podgo, which connected advertisers and podcasters in November 2021; then, it bought Podcast Ad Reps, an ad sales company, in February 2022. Both were folded into AdvertiseCast. The number of podcasts on AdvertiseCast's network has doubled since the original acquisition, so clearly something's working.

QCode is expanding from high-touch, star-studded shows to unscripted talk series. The production company announced on Monday that it's kicking off that effort with three series: a “comedic true crime podcast,” a relationship advice show, and an improv show. The company is also bringing some already established existing series to its network, including a science series about animal attacks and a pop culture show.

This is a pretty big shift for QCode and seems to signal a different approach to building IP. It'll also pose a new challenge to getting people tuned into its series — these shows don't star big names, whereas QCode's scripted fiction includes actors like Brian Cox, Chloë Grace Moretz, and Gina Rodriguez. One QCode show has Matthew McConaughey playing a dog! Of course we're going to listen!

Spotify is testing a unique new approach to user comments: record them. As spotted by TechCrunch, the app has added the ability to respond to playlists inside the app with a recording, which will be posted as a podcast. You can even edit the clip and add music on top of it.

I'm not convinced this will make for the most coherent comment section, but I do love the possibilities here. I can imagine how this would be great for podcasts, allowing hosts to get listeners' comments on an episode and maybe even work them into a later show. I'm just speculating for now, though. The feature seems to be extremely limited in scope at this point, and there's no guarantee Spotify will roll it out more widely, let alone expand what it's able to do. For now, the feature is available in Vietnam, and Spotify called it a “limited test.”

That's all for today! See you all next week ahead of Podcast Movement (which is in Dallas in August!! I would like a word with whoever made that choice).

Source: Re-posted and Summarized from Ariel Shapiro and Jacob Kastrenakes at theverge.