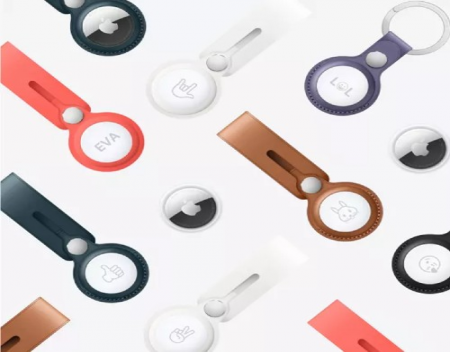 Apple is currently rolling out a long overdue firmware update that makes it easier to locate unknown AirTags in your immediate vicinity. This is part of the company’s efforts to make sure bad actors don’t misuse the devices to stalk others.

The stalking problem first made its appearance back in May 2021 when an investigative report from The Washington Post showed how relatively easy it is to follow someone with an AirTag. By placing one on a person, the device can deliver an accurate location to an iPhone every few minutes, even detailing an exact address.

Now with Firmware Update 2.0.24, the Precision Finding feature will be able to “locate an unknown AirTag” if it detects one moving with you. You will also get iPhone notifications telling you “when an AirTag that’s separated from its owner is traveling with you,” and that AirTag will begin emitting a sound, ostensibly so you can locate it. If this sounds familiar, that’s because Apple did something similar back in April by increasing the volume of AirTags as part of the 1.0.301 update. This appears to be a part of the company’s continuous efforts in updating AirTags to better protect users.

Also in the patch is Firmware Update 2.0.36, which fixes a bug in the AirTag’s accelerometer “not activating in certain scenarios.” This fix will help your iPhone more accurately detect if your AirTag, or one placed upon your person, is moving."

To get these updates, all you have to do is place your AirTag within 33 feet of your iPhone so it can be within the maximum range of the device’s Bluetooth signal. The firmware will be downloaded automatically. However, there are some prerequisites.

Your device must be running iOS 16.2 or later, according to the AirTag support page. And the Precision Finding changes require you to own an iPhone model that comes with Ultra Wideband, a technology that gives these smartphones spatial awareness. Most countries around the world support Ultra Wideband but be aware there is a handful that don't, like Indonesia and Armenia.

When the company first began rolling out Firmware Update 1.0.301 in April, it promised that it was the first of four updates, and with this latest batch, AirTags have gotten the second and third. We asked Apple if it could tell us what the fourth will bring. This story will be updated at a later time.