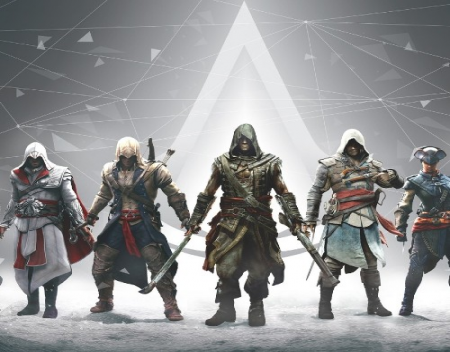 The ambitious project will function as the hub for all things Assassin's Creed once it launches. To that end, some of the new individual Assassin's Creed games announced during the showcase will be a part of Project Infinity.

"Infinity is not a game, per se. It's going to be the single entry point for our fans into the Assassin's Creed franchise into the future," said executive producer Marc-Alexis Côté. "Infinity is going to be a hub that will unite all our different experiences and our players, together in meaningful ways."

Côté said that means that the hub will serve all kinds of Assassin's Creed experiences, including ones that have fallen by the wayside over the years. He said the team is looking into how it will bring back multiplayer experiences, for example, which have been absent from the franchise since Black Flag in 2013. Côté says those experiences may be accessible in the Infinity hub, though he didn't make any promises of specific releases.

We do know of a few releases planned for the Infinity hub, though. Project Red, an Assassin's Creed game set during feudal Japan, as well as Project Hexe, which appears to take place during the Holy Roman Empire's witch trials, will both be a part of Project Infinity.

Côté said Project Red will be the company's "next premium flagship title" and another entry in the open-world RPG style of Assassin's Creed games. It's being developed by Ubisoft Quebec, the studio behind Assassin's Creed Odyssey, and directed by Jonathan Dumont. "It will let players explore one of their most awaited settings ever on the franchise, feudal Japan, and they'll live a very powerful shinobi fantasy," he said.

Project Hexe will be helmed by the Valhalla team in Montreal, and it's being led by Clint Hocking. Côté didn't share as much detail but did say it's "a very different type of Assassin's Creed.

My Take: I just hope the stealth is better in this one than last time.