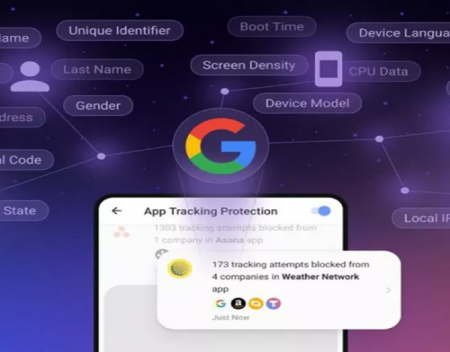 DuckDuckGo is expanding its App Tracking Protection tool by making it available to all Android users as part of a new update.

The feature originally launched in late 2021 as a limited beta on DuckDuckGo’s mobile browser and its core function remains the same.

When activated, App Tracking Protection can detect when a smartphone app is about to send data to a third-party tracker and blocks those requests – at least most of them. It even works in the background in case a tracker wants to sneakily collect data while you sleep.

The company states App Tracking Protection utilizes a “local VPN connection” to work and doesn’t send any data to DuckDuckGo itself or some remote server.

New to the public beta is a real-time viewer displaying everything being blocked. This includes who the offending third-party tracker is and what data they’re collecting from you. If you turn on notifications, you’ll get a quick summary(opens in new tab) telling you how many tracking attempts have been blocked on your phone. DuckDuckGo also made its massive company blocklist publicly available on GitHub(opens in new tab) as it can prevent companies like Google and Adobe from collecting data.

If all this sounds familiar, iPhones have something similar called App Tracking Transparency. However, it may not be the best. Kamyl Bazbaz, vice president of communications at DuckDuckGo, told The Verge(opens in new tab) last year that Apple’s tool only blocks a user’s Identifier for Advertisers and nothing else. Developers also aren’t obligated to respect a user’s choice to not be tracked.

Users can try out App Tracking Protection by updating your DuckDuckGo browser on your Android phone to the latest version or by downloading it from the Google Play Store(opens in new tab). To activate the protection, users will need to go into the browser’s settings, then go through the onboarding process.

There’s still work to be done on the protection tool. A company representative told us there are still third-party trackers DuckDuckGo may not be aware of that they have to add to the blocklist. Users may also experience protections on other apps being disabled because of the beta. The company is asking users to give feedback so it can improve App Tracking Protection. You can do this by opening the Settings menu in the app and selecting Share Feedback.

When asked about a potential iOS beta, the same company representative told us DuckDuckGo is looking into it.

A large portion of the announcement was dedicated to showing how third-party trackers operate. Looking through the findings, it’s pretty insidious.

According to DuckDuckGo, the “average Android user has 35 apps on their phone.” A mobile device with that many apps may experience up to 2,000 tracking attempts a day. DuckDuckGo also discovered these trackers collect a lot of personal data including your email, phone number, exact location, and even device information. It's possible someone out there knows what type of phone you have, its screen resolution, and local internet providers.