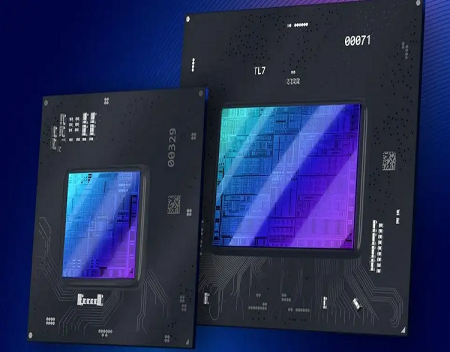 Intel’s first discrete Arc graphics cards are slowly trickling into the market, and now we finally have an idea of how they perform. The TL;DR? Not great. But remember, Intel is only starting to dip its feet into the market, significant improvements are expected in the near future.

With that said, we turn to the fine folks at Notebookcheck, who rushed out to purchase an Asus Zenbook Flip OLED, one of the first laptops with an Arc GPU. Specifically, this laptop is equipped with an Arc A370M, a slightly more powerful version of Intel’s entry-level offerings.

If the goal is to bring faster graphics to ultrathin systems, then the Arc A370M is a success, significantly outperforming Intel’s own integrated Iris Xe graphics and AMD’s Radeon Vega 8 graphics. However, comparisons against other graphics cards aren’t so rosy. As Notebookcheck points out, the Arc A370M is most comparable to an Nvidia GeForce GTX 1050 Ti, an entry-level discrete card released in 2016. That’s the same one found in the Dell XPS 15 I purchased several years ago.

Underlying these results is that the performance of the Arc A370M varies wildly depending on the game and graphics settings you’re running. That shouldn’t come as a surprise, considering some developers might be ahead of others when it comes to optimizing games for the new cards. In Final Fantasy XV, the Arc A370M was about 4.5 frames ahead of the GTX 1050 Ti. However, in GTA V, the Arc performed up to 50% slower on higher graphics settings and slightly better than the Nvidia on lower settings.

The Arc A370M did a decent job in synthetic benchmarks, earning scores that suggest it could keep pace with the GeForce GTX 1060. But as Notebookcheck reveals, the Nvidia card almost always ran games at higher frames during strictly GPU-bound testing.

This being a laptop card, efficiency is just as important as performance. Unfortunately, the Arc A370M doesn’t break any records here, either. The Witcher 3 drew 31W while running on an external monitor with the Arc A370M compared to using 50W on the significantly faster RTX 3050 Ti. Yes, the Arc card doesn’t use as much power, but the power-to-performance ratio isn’t anything to write home about.

These are genuine benchmarks, run by a reliable news outlet that used a production laptop with a retail Arc A370M running on stock drivers. What can we take from these results? That while Intel’s entry-level discrete graphics card is a significant upgrade over integrated solutions, Nvidia options provide better performance-to-watt numbers. Of course, these are still early days, and we will provide additional benchmarks and comparisons once we receive our first Arc-powered units in the coming weeks.

Source: Re-posted and Summarized from Phillip Tracy at gizmodo.

My Take: We will have to wait and see but so far, my socks are not blown off.