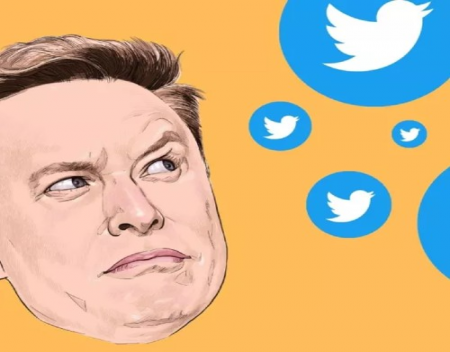 Voluble billionaire Elon Musk may be finally ready to close that giant Twitter deal - at least for today.

Musk and his backers filed a letter with SEC on Monday to restart the deal at the originally agreed upon terms. The news comes days before Musk was due to be deposed in a case seeking to throw out the deal -- and just days after some of Musk's private texts between associates, friends, and former Twitter CEO Jack Dorsey were released in discovery. The newly released messages shed light on how Musk views Twitter, its new features (like Twitter Blue, which he hates), and the deal itself.

Up to this moment, Musk has argued that Twitter is lying about the number of bots on its service, underestimating them by orders of magnitude. After demanding more transparency, Musk sought to terminate the deal. Twitter wouldn't let him, which is how they ended up in court.

News of the deal being back on sent Twitter's stock soaring until trading was briefly halted mid-day before being reopened. Twitter shares have since jumped to almost $52 a share.

The filing indicates that Musk is returning to his original terms set forth in April. From the SEC filing:

"Reporting Person" is listed near the top of the document as Elon R. Musk.

In the hours leading up to this news, Musk was busy tweeting about Russia and Ukraine(opens in new tab), sparring on Twitter with both chess master and activist Gary Kasparov and Ukraine President Volodymyr Zelenskyy. He has yet to comment publicly on the filing.

We did, by the way, ask Musk in a Tweet if the deal is back on and got no response.

Musk has been relatively quiet about the Twitter deal and bots in recent weeks, though he did attribute recent Twitter Polls results, which did not appear to go the way he predicted, to Twitter's bots.

Point is, Musk has been busy and one began to wonder if he's even still interested in owning Twitter.

Twitter for its part likely needs some kind of exit, meaning a new owner and the massive cash infusion that might come with it. To be clear, the platform has not slowed down on any of its latest projects. Earlier this week. Twitter announced that Twitter Blue subscribers would gain access to its new, and limited, tweet edit features.

Now we wait and see if Twitter and Musk can finalize the deal, get regulatory approval, and actually close the acquisition. Then, we guess, the real fun begins.