Facebook Dating will use your face to verify you're old enough 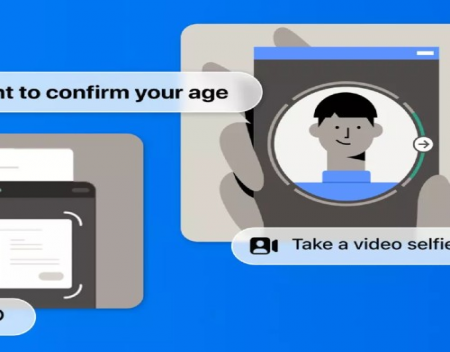 Facebook Dating will use your face to verify you're old enough.

Meta is testing a new age verification system on its Facebook Dating platform to determine if you're over the age of 18 – but if only you live in the United States.

Age verification on Facebook Dating appears to take cues from both Tinder’s and Bumble’s own systems. Meta will give users two different ways to verify their age: either through a video selfie or by uploading a picture of their ID, which is very similar to how Facebook confirms account identities.

For the selfies, the platform is getting some help from digital identity company Yoti. According to Meta, video selfies work by giving users a series of instructions on the Facebook app telling them to make certain poses as their smartphone camera records them.

That video is then sent over to Yoti where the company will scan your face and estimate your age. If it determines your face to be over the age of 18, your profile is now verified. Meta asserts that neither company will save video selfies as each one will be immediately deleted after your age is determined. And the AI won’t learn people’s faces or recognize identities.

If the name “Yoti” sounds familiar, that’s because it’s the same company Meta uses on Instagram’s age verification system to protect minors. Video selfies are used in a similar fashion with users making certain poses after which the system takes around 20 minutes to verify their age. But unlike with Facebook, it appears Yoti holds onto data from Instagram (within 30 days from upload) instead of instantly deleting it.

The announcement also claims Yoti trained its AI by showing it “individuals from different age ranges, genders, and skin tones.” Facial recognition tech has had a sketchy past with accuracy and recognizing people with darker complexions. Plus many are concerned about having their faces tracked. At face value, Meta is addressing those concerns, which is good, but no one can blame you if you're still worried.

We asked Meta if and when the facial recognition test will go to other global regions. Facebook Dating is available in over 50 other countries including Argentina, Singapore, and the United Kingdom just to name a few. This story will be updated at a later time.