Get ready for a HBO Max, Discovery plus mashup app in 2023 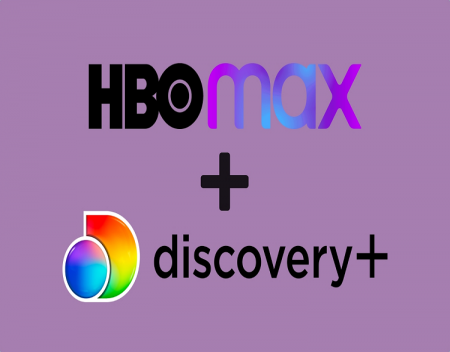 The headline of Warner Bros. Discovery's earnings call was something a lot of people dreaded: HBO Max and Discovery+ are merging into a new service. The company will roll out this new offering, which doesn't have a name yet, for U.S.-based consumers in the summer of 2023, with LatAm expansion later that year, and the European market launch in 2024.

Warner Bros. Discovery will start this merger process by cross-posting content on both services. Discovery+ will start showing CNN originals starting this month under a new tab, and HBO Max will gain some reality shows from Chip and Joanna Gaines' Magnolia Network starting September 30.

The company also admitted that both HBO Max and Discovery had shortcomings from a product perspective, with the aim of the new product being to address those issues.

HBO Max app has a notorious reputation of being a buggy app with many issues:  the app freeze and crashing on Roku; unable to remember subtitle settings on Apple TV; and content being inaccessible at times. The HBO Max's app ratings, 3.7 on the Google Play Store and just 2.8 on the Apple App Store, are reflective of customers experiencing multiple issues. In an interview with Protocol in April, HBO Max's product head Sarah Lyons admitted that the company hurried out its apps despite knowing they were buggy in 2020.

On the other hand, the Discovery+ app's performance is good, but it doesn't have features like offline viewing and parental controls.

"HBO Max has a competitive feature set, but has had performance and customer issues. Discovery+ has best-in-class performance and consumer ratings, but more limited features. Our combined service will focus on delivering the best of both, market-leading features with world-class performance," Jean-Briac Perrette, the firm's CEO and president for global streaming and gaming, said on the earnings call.

The company mentioned that apart from the merger of existing services, it's also exploring an ad-supported free offering for people who don't want to pay subscription money. The firm will reveal more details about this plan at its investor day later this year. Notably, rival streaming company Netflix will also introduce an ad-supported version of its service next year.

Over the last few days, HBO Max has been facing a lot of criticism for silently pulling down titles from its service and canceling high-budget projects like "Batgirl".

The announcement of the HBO Max-Discovery+ merger confirms a report by The Wrap about a major streaming strategy shakeup at Warner Bros. Discovery that might result in layoffs days before the earnings result. However, the company didn't mention any people-related restructuring during its earnings call. We have asked the company for a comment, and we'll update the story if we hear back.

Apart from the big app merge, Warner Bros. Discovery announced that it has 92 million combined subscribers, 76.8 million from HBO and HBO Max and 24 million from Discovery+. The firm registered $9.8 billion in revenue, well short of analysts' estimate of $11.91 billion.

Source: Re-posted and Summarized from Ivan Mehta at techcrunch.

My Take: I want to see how it goes before I make up my mind.