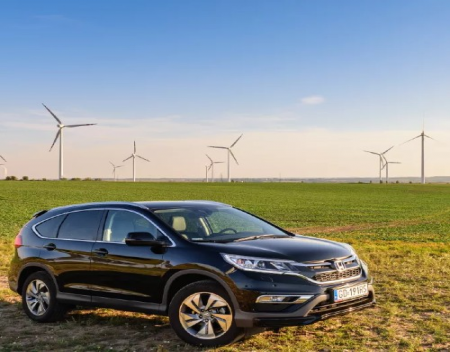 Google Maps could soon tailor the route information it gives you based on the kind of car you drive, potentially giving you a different route depending on whether you use an electric car or a more traditional petrol-powered vehicle.

However, the most efficient route for one type of engine might not be the best for another. So to get around this it looks like Google Maps will in the future let you select what type of engine your car uses – gas/petrol, diesel, electric, or hybrid.

That’s based on the latest 11.39 beta build of Google Maps, which includes references to selecting your car’s engine type to get fuel-efficient route suggestions. Another line of code suggests you won’t have to share this information right away, or at all, if you don't want Google to know too much about you, and you’ll also be able to change your engine type in-app too.

Despite its inclusion in the latest beta, this feature is still very bare-bones, and isn’t actually usable – instead being hidden deep in the app’s code. While it’s likely we’ll see it fleshed out in the future there’s no guarantee that it'll happen anytime soon, if at all – and even if the next beta update includes this feature, it’ll still be a while before it comes to the official Google Maps release.

Fuel-efficient routing won’t be an immediate or massive game-changer in terms of how much fuel we use. But combined with adopting other fuel-efficient measures (like using better tires and driving more carefully), it could make a significant difference.

For those of us enduring high fuel prices at the pump, this change can’t come soon enough. And while gas prices aren't such a pressing issue for electric vehicle owners, electricity prices are also rising, and recharging can be time-consuming.

As the range of vehicles on our roads continues to diversify, we’ll hopefully see more companies introducing services designed to make our journeys as efficient as possible.

My Take: Get a Tesla. Now that's a real electric car.