Here's why Elizabeth Holmes thinks she shouldn't go to prison 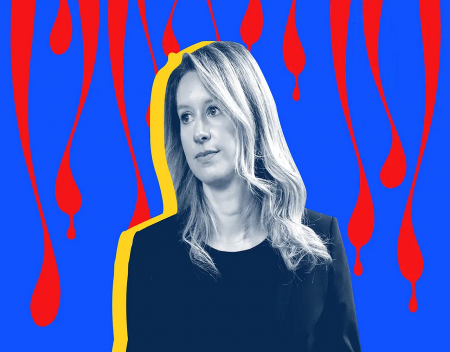 Elizabeth Holmes really doesn't want to go to prison. In an 82-page sentencing memorandum filed last week (via Gizmodo), Holmes' lawyers attempt to paint the former Theranos CEO in a more positive light in a bid to reduce her sentencing.

Holmes, who claimed her company had the technology to run hundreds of tests based on just a few drops of blood, was found guilty of misleading investors in January. She was convicted on one count of conspiracy to commit fraud and three counts of wire fraud, each of which carries a maximum sentencing of 20 years. Although she wasn't found guilty of defrauding patients, some allege her faulty tests yielded inaccurate results, including one patient who claimed the test falsely told her she was suffering from her fourth miscarriage.

Holmes' lawyers are requesting a mere 18 months of house arrest for the Theranos founder, followed by a supervised release period and mandated community service.

The document is laid out in sections that sound like something a high schooler would write on their college application, such as "Deep Interest in Making the World a Better Place" and "Positive Impact on Others." It opens with the hope that it will encourage the judge to "examine Ms. Holmes the human being" before bringing down the hammer.

The document describes various humanitarian efforts Holmes made as a child, like her plans to help victims of the Kosovo War during her sophomore year of high school and her efforts raising relief money for an earthquake in Turkey. The filing even includes a quote when she was interviewed in her high school's newspaper, saying, "We have the potential to reform and to prevent the horrors of this world if we simply learn and act."

Even describing her actions at Theranos, Holmes' lawyers are reluctant to describe her as a fully grown adult. Instead, they describe her as a "teenager who had four quarters of college and some laboratory research experience under her belt but no business or management experience." When she was convicted at 34, the filing reminds us she was "still a relative newcomer to the business world."

Holmes' apparent immaturity is supported by a total of 130 letters written by "individuals who actually know Ms. Holmes," including a letter from her husband, Billy Evans, which has already made waves in the tabloid world. Among other details, it reveals that Holmes is currently pregnant and that her husky, Balto (which Holmes reportedly told people was a wolf), has been "carried away by a mountain lion" from their front porch.

Not surprisingly, Evans paints Holmes as a victim, saying she is "gullible, overly trusting, and simply naive" and will always leave "the last pieces of her favorite chocolates for a house guest."

Holmes is set to be sentenced on Friday. Prosecutors are pushing for 15 years in prison.

Source: Re-posted and Summarized from EMMA ROTH at theverge.

My Take: Please send her away for a long time. She hurt a lot of people.