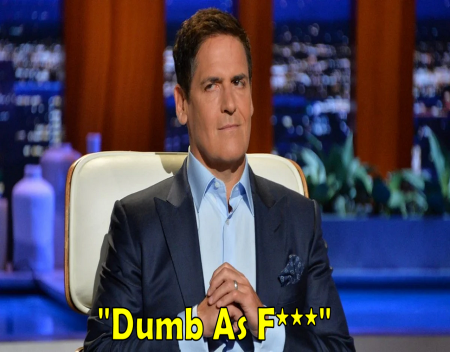 December 26th, 2022.
Mark Cuban is a strong supporter of Bitcoin and questions investing in gold. He said that people who invest in gold are "dumb as bleep."

Mark Cuban joined the Club Random podcast, where host Bill Maher said he was "very anti-Bitcoin" and believed in the value of gold, according to yahoo!finance. Cuban replied, "I want Bitcoin to go down a lot further so I can buy some more." He added, "If you have gold, you're dumb as bleep."

Maher replied that gold "never goes away" and is "like a hedge against everything else," to which Cuban replied:

He noted that investing in gold usually does not mean that you own real gold. "You don't own the gold bar, and if everything went to hell in a hand basket and you had a gold bar, you know what would happen? Someone would beat the bleep out of you or kill you and take your gold bar."

Despite the collapse of FTX, Cuban said he still believes in the potential of the cryptocurrency. "Separate the signal from the noise," he suggested. "There’s been a lot of people making a lot of mistakes, but it doesn’t change the underlying value." He added on the Club Random podcast that he is "not telling people to buy Bitcoin," even though he still considers it a good investment.

Here are some links to related topics:
hire oscommerce developer,   this site may harm your computer,   denial of service attack pro,   signs your computer has been hacked,   xcart hacked,   oscommerce hacked,