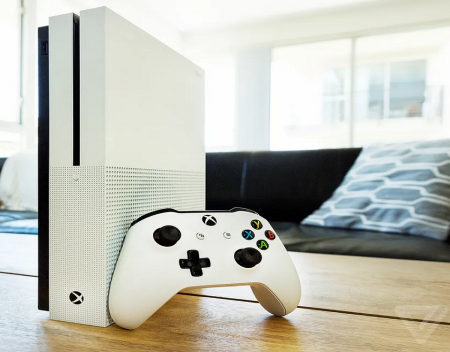 We haven't had official Xbox One sales figures for 7 years.

Official Xbox One sales have largely been a mystery, but now Microsoft is finally admitting the obvious: the PS4 outsold the Xbox One, by a lot.

Microsoft stopped reporting its Xbox One sales figures at the beginning of its 2016 financial year, focusing instead on Xbox Live numbers. The change meant we've never officially known how well Xbox One was holding up compared to the PS4 after the Xbox One's troubled launch. Analyst estimates have consistently put Microsoft in third place behind Sony and Nintendo, and now documents (Word doc) submitted to Brazil's national competition regulator (spotted by Game Luster) finally shed some light on how the Xbox One generation went.

"Sony has surpassed Microsoft in terms of console sales and installed base, having sold more than twice as many Xbox in the last generation," admits Microsoft, as translated from Portuguese.

Sony no longer report PS4 shipments, which means lifetime sales sit at 117.2 million as of March. While Microsoft hasn't provided a concrete sales number for Xbox One, its admission means the company must have sold less than approximately 58.5 million units. That lines up with market research from Ampere Analysis in 2020, which put the install base of Xbox One at 51 million units at the end of Q2 2020. Nintendo Switch currently sits at 111.08 million lifetime sales, and looks set to pass the PS4 later this year.

The Xbox One might not have sold well, but Microsoft's work on the Xbox One generation laid some important groundwork for the Xbox Series S / X. Microsoft transitioned into the Xbox Series X with 1440p support, Variable Refresh Rate (VRR), and lots of 120Hz games all at launch thanks to testing these features on previous Xbox One consoles.

Microsoft's admission of weak Xbox One sales come as part of a broader debate between Sony and Microsoft over the Xbox maker's acquisition of Activision Blizzard for $68.7 billion. Sony and Microsoft are both arguing over Call of Duty, game subscriptions, and much more as Microsoft attempts to clear its acquisition in Brazil. Microsoft has also claimed in documents submitted to Brazil's regulator that Sony pays for "blocking rights" to prevent developers adding their content to Xbox Game Pass.

Source: Re-posted and Summarized from Tom Warren at theverge.

My Take: Yikes. I can bet some people at Microsoft were fired over that one.