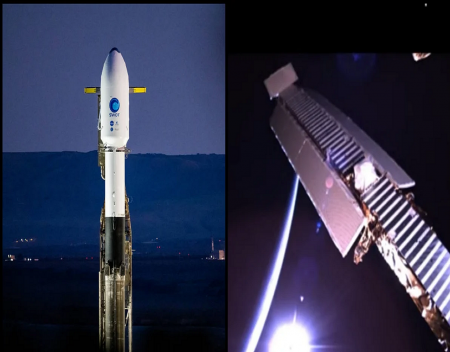 NASA shared an amazing video of the Surface Water and Ocean Topography (SWOT) satellite unfolding its antennas in space after SpaceX launched it to orbit, linked below. A flight-proven Falcon 9 rocket launched SWOT on December 16 from Vandenberg Space Force Base in California.

SWOT is an Earth-observation satellite designed to survey oceans, rivers, and lakes, in order to monitor the precious freshwater resources and assess how climate change is affecting the environment. The mission is led by an international group of scientists from the United States’ NASA, France’s Centre National d’Études Spatiales, the Canada Space Agency, and the United Kingdom Space Agency.

The SWOT satellite is orbiting Earth at an altitude of around 533 miles (857 kilometers). It is capable of monitoring 90% of Earth’s surface with advanced technology. For the first time in history, scientists will be able to know how much water Earth has. The data collected is important because it will enable researchers and global leaders to address climate change and think of innovative ways to better manage our planet’s freshwater budget.

Around 10 minutes after launch, SWOT unfurled its solar panel arrays to receive power. Then the satellite began to unfold its primary instruments. On December 22, SWOT successfully completed deployment of its massive Ka-band Radar Interferometer (KaRIn) instrument antennas. The KaRIn antennas are 33 feet apart, the unfolding process took four days. SWOT’s onboard cameras captured footage of the KaRIn deployment, with an amazing view of planet Earth in the background (shown below). However, the cameras malfunctioned before the deployment was complete. "The two cameras focused on the KaRIn antennas captured the mast extending out from the spacecraft and locking in place but stopped short of capturing the antennas being fully deployed (a milestone the team confirmed with telemetry data)," shared NASA Jet Propulsion Laboratory representatives.

KaRIn is designed to collect highly precise measurements of the height of water in Earth’s freshwater bodies and the ocean by bouncing radar pulses off the waters’ surface. The massive antennas are each able to scan an area of around 30 miles (50 kilometers). "KaRIn will see eddies, currents, and other ocean features less than 13 miles (20 kilometers) across. It will also collect data on lakes and reservoirs larger than 15 acres (62,500 square meters) and rivers wider than 330 feet (100 meters) across," says the agency.