Neuralink Show and Tell Technology Event Will Be On November 30, 2022 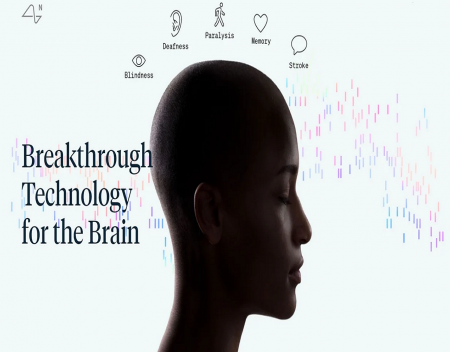 Elon Musk is really working to make science fiction a reality "from building giant Starships that will enable humanity to colonize Mars, to manufacturing autonomous Tesla electric vehicles, and creating a future where you could send a Tweet 'telepathically' through Neuralink " Musk is pushing the boundaries of what is possible. The founder of SpaceX, CEO of Tesla, The Boring Company, and now owner of Twitter, also leads Neuralink. The neuro-technology company is developing a high-bandwidth brain machine interface (BMI) designed to enable people to control electronic devices with their thoughts. Visit Neuralink.com to learn more.

The brain chip implant has not been tested on humans yet. The company is still pending regulatory approval from the U.S. Federal Food and Drug Administration (FDA) to begin human trials. Musk aims to first test Neuralink on paralyzed individuals. "We're aiming to design a fully implantable, cosmetically invisible brain-computer interface to let you control a computer or mobile device anywhere you go. Micron-scale threads would be inserted into areas of the brain that control movement. Each thread contains many electrodes and connects them to an implant called the 'Link'," says the company. Long-term, Neuralink aims to expand the brain chip's capacity to treat a wide variety of brain-related issues, including: paralysis, deafness, blindness, and memory loss.

Neuralink announced it will host a 'Show & Tell' technology event on November 30 at 6:00 p.m. PT. The company hosts annual events to showcase the Link chip's development progress live. Last year, Neuralink demonstrated the BMI on a a macaque monkey named 'Pager'. Pager actually played a pong video game 'telepathically' - with only its thoughts and no handheld controller, as shown in the video clip below. The 9-year-old macaque had a N1 Link chip implanted in the sensory area (motor-cortex) of its brain that coordinates hand and arm movements. "The Links record over 2,000 electrodes implanted in the regions in Pager's motor-cortex. He has learned to interact with a computer for a tasty banana smoothie delivered with a straw," the video narrator says, linked below. It will be interesting to watch how the technology has advanced since this last demonstration. A video of the Neuralink 'Show & Tell' livestream will be embedded below as soon as it is available.