Online influencers now earning as much as lawyers 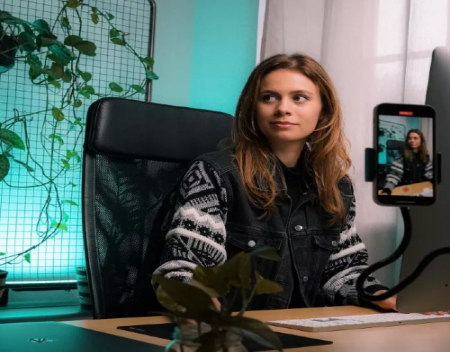 Adobe has revealed that the insatiable appetite for content is fuelling massive growth in the global creator economy.

A new report published by the VFX and video editing software developer suggests 165 million creators have joined the worldwide creator economy in the last two years, bringing the total to 303 million.

The study also shows that, while influencers make up a small slice (15%) of all content creators, they’re raking in the big bucks. “More than half (51%) of influencers are in the top income bracket or the US equivalent of bringing in over household income of $100K+,” Adobe reported.

In a bid to understand how creativity is changing around the world, the firm behind Photoshop and After Effects surveyed 9,000 content creators across the US, UK, France, Germany, Spain, Australia, Japan, South Korea, and Brazil.

Content creation remains a side hustle for 58% of creators still in full-time employment. Money, the survey suggests, is not the single driving factor for the explosion of online content.

With 54% of respondents engaged in photography, 30% in creative writing, and 27% in painting and drawing, visual arts take precedence in modern online space. Little wonder, then, content creators declared the desire to express themselves, have fun, and explore passions as their top motivations.

Long-term, however, around 40% of those surveyed want to become business owners, earning money from their online content - and that takes time. Adobe says influencers typically spend 15 hours a week developing and marketing content, while content creators spend 9 hours a week on their output.

“The growth in the number of creators in the UK and globally is exponential, demonstrating the creative empowerment people now feel to follow their ambitions and express themselves online,” said Simon Morris, Vice President of Marketing, EMEA and APAC at Adobe.

“There’s little doubt that the events of the past two years have influenced this pace of growth, signaling that the democratization of creativity is changing the where, when, how, and why we create and draw inspiration. Creators have the power to shape our economy and culture, forging lucrative and successful careers.”

As online content creation is democratized, we’re seeing a dramatic shift not dissimilar to the disintegration of the Hollywood studio system. Mass audiences used to watch content produced by a famous minority. Now, many are as heavily invested in producing content as they are experiencing it. And they want to make it their way.

My Take: Well, being a content creator sounds better than being a lawyer. Less schooling. Good for them.