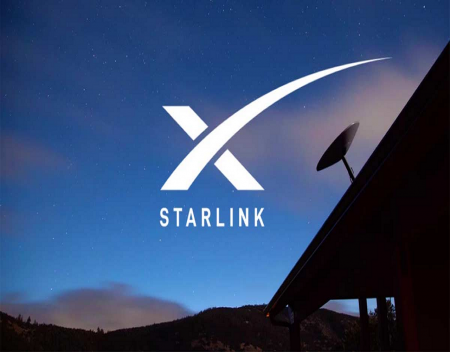 SpaceX signed a new agreement with the U.S. National Science Foundation (NSF) to prevent Starlink satellites from interfering with astronomy.

SpaceX has long been criticized by astronomers for the brightness of its Starlink satellites. Elon Musk, the CEO of SpaceX, said in 2019 that SpaceX would ensure that Starlink has no material effect on discoveries in astronomy. "We care a great deal about science," he said in a tweet.

Exactly, potentially helping billions of economically disadvantaged people is the greater good. That said, we’ll make sure Starlink has no material effect on discoveries in astronomy. We care a great deal about science.
Elon Musk (@elonmusk) May 27, 2019.

The NSF issued a statement noting that it and SpaceX have worked together to mitigate potential interference from its satellite transmission.

Under the new agreement, SpaceX promised to continue working toward recommendations from several organizations, such as the NSF's NOIRLab. Those recommendations include SpaceX's continued work towards reducing the optical brightness of its satellites to 7th visual magnitude or fainter by physical design changes.

SpaceX also developed specific mitigations for its second-generation satellite and agreed to analyze the impact of astronomical facility lasers on its satellites. The NSF noted that following that analysis, the Laser Clearinghouse removed the coordination requirements for these lasers. observatories won't have to turn off their laser guides when Starlink satellites pass nearby.

SpaceX and the NSF's NOIRLab are planning a workshop that will develop best practices guidance and recommend processes for interactions between satellite operators and the Laser Clearinghouse with the goal of mitigating negative impacts on observatories.

SpaceX also committed to coordinating with radio astronomy facilities to prevent Starlink satellites from beaming communications during observations. SpaceX and the NSF's National Radio Astronomy Observatory (NRAO) completed several field tests with more tests planned to verify that radio astronomy observations will not be impacted. The NSF's NRAO also began a pilot program to test the impact of SpaceX user terminals in close proximity to the Very Large Array (VLA)  as a result of the high demand for satellite internet in historically underserved or unserved communities.

SpaceX made several other commitments, including working with NSF as interference and new challenges are brought up by the astronomy community and also coordinating with the NSF's Office of Polar Programs to work to minimize the impact of SpaceX on remote geographical radio astronomy sites in polar regions.

"We are setting the stage for a successful partnership between commercial and public endeavors that allows important science research to flourish alongside satellite communication."

Your feedback is welcome. If you have any comments or concerns or see a typo, you can email me at [email protected] You can also reach me on Twitter at @JohnnaCrider1.