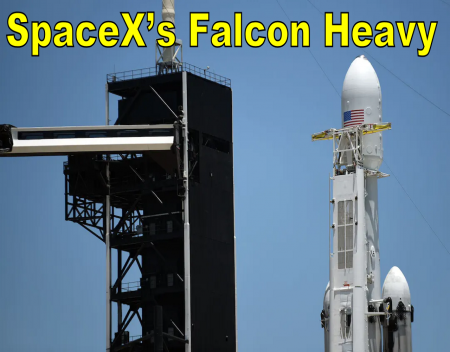 On November 1st, SpaceX's Falcon Heavy is scheduled to launch into space for the first time since 2019. The giant rocket is slated to send payloads into orbit for the US Space Force tomorrow in a mission called USSF-44.

The mission is the first National Security Space Launch for the Falcon Heavy, the Space Force said in an emailed press statement. As with all national security launches, details are sparse. The Falcon Heavy is supposed to send a microsatellite called TETRA-1 into geosynchronous orbit, according to launch details posted on the Kennedy Space Center website. Other than that, not much is known about the satellites that are going up.

Falcon Heavy is scheduled to lift off at 9:40AM ET on November 1st from Space Launch Complex 39A of the Kennedy Space Center. USSF-44 was initially scheduled for 2020 but has been delayed because of payload problems, according to Space.com.

SpaceX's livestream of the event tomorrow will begin about 10 minutes before the launch and end after side boosters touch down at Cape Canaveral Space Force Station's landing zones. SpaceX plans to recover the side boosters and use them again for another Space Force launch later this year. It won't try to recover the center core "because of the fuel consumption needed for the demanding mission profile," Space Force said in an emailed press announcement.

Tomorrow's launch will kick off the fourth trip to space for the Falcon Heavy. Its first journey to space was in 2018, when it carried Elon Musk's red Tesla Roadster as its payload. Falcon Heavy's last launch in 2019 was a mission for the Air Force that served as a test of the rocket's reliability for missions related to national security.

The Falcon Heavy is still "the most powerful operational rocket in the world," according to SpaceX. It's made up of three Falcon 9 nine-engine cores that together generate thrust at liftoff equivalent to that of about 18 Boeing 747 aircraft. But even more powerful behemoths in development have stolen the spotlight lately, including SpaceX's Starship and NASA's Space Launch System.

Source: Re-posted and Summarized from JUSTINE CALMA at theverge.