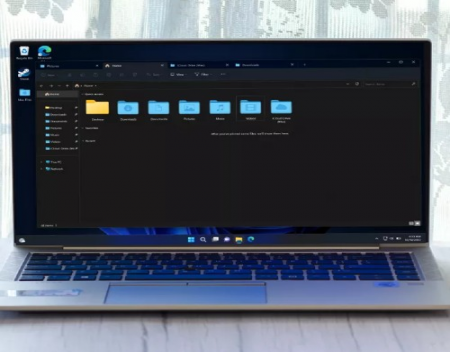 After Microsoft brought out the first major update to Windows 11, another minor update arrived this week (October 18) that finally brings two requested features to everyone - tabs in File Explorer and Taskbar improvements.

Tabs are clearly the main feature here, especially for me, as being able to manage multiple files within one window is going to save me a lot of time and frustration, but it's baffling to finally see it arrive after its first announcement back in April.

In a blog post, the company also confirmed a bunch of other features arriving with this new update - right-clicking on the Taskbar will give you the option to bring up Task Manager, while suggested actions can use numbers and text to suggest using these in apps such as Calendar and Skype.

While these updates are welcome, it would be great to hear of a roadmap for users of when certain features will arrive, rather than waiting six months, which is what happened to File Explorer tabs.

Granted, these improvements are proof that Microsoft has been listening to feedback, but tabs in File Explorer have taken six months to arrive since they were first announced at an event.

It wasn't until the debut of the 2022 update that the company announced them as coming in October, but why so long?

If you take Apple's example with macOS Ventura, this was announced in June at WWDC but was stated that it would arrive 'in the fall'. The date of October 24 was eventually announced for Ventura alongside new iPads and an Apple TV, but this gave users an idea of how they could prepare their devices for the upcoming update.

Indeed, a date of 'in the fall' isn't the clearest of release dates, but it was at least an idea of when the update would arrive, whereas File Explorer tabs were given no date in April.

It gives users confidence that features and updates will arrive by a certain time of the year, and Microsoft should start to do the same.

Let's see a six-month roadmap at least, for certain features that are almost ready for release. Or if we start to see new features be announced, let's also see a rough release date.

Windows is in the midst of an overhaul, both in its looks and its functionality, especially with new Surface tablets about to be made available, so let's start to see some certainty of what new features are coming, and when.