Telegram forced to crack down on paid posts 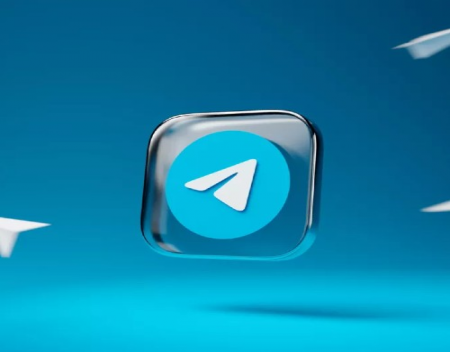 Telegram forced to crack down on paid posts.

The encrypted messaging platform had to crack down on its iOS users who've been creating paid posts through third-party methods because they violate Apple's payment policies.

Until recently, the messaging platform allowed channels to set up paid content through the help of payment bots. Telegram wasn't testing a new feature. The company had simply, and without fanfare, let creators use an independent payment system away from Apple’s clutches. Content creators could set the prices and let their fans support them directly support. Telegram CEO Pavel Durov said in a recent post that creators would receive “close to 100 percent of whatever their subscribers paid…” However, this is all going away once Apple caught wind of the payments and wasn’t happy that it wasn’t receiving its 30 percent tax cut.

Durov states that because “Apple has complete control over its ecosystem”, the developer has no choice but to disable paid posts on iOS. Presumably, if it doesn't, Telegram would be removed from the App Store.

Durov goes on to accuse Apple of destroying the dreams of developers and “[crushing] entrepreneurs with a tax that is higher than any government-levied VAT (value-added tax)”. He calls for regulators around the world to take action against “a trillion-dollar monopoly abusing its market dominance.”

Telegram states it will continue to work on new tools for creators “to monetize their content – outside of Apple’s restrictive ecosystem.” As an example, it's gotten around App Store fees for Telegram Premium by allowing users to subscribe via the PremiumBot at a discounted price. We reached out to the developer and asked what will happen on Android. From the looks of it, paid posts will continue appearing on Android devices. This story will be updated if we hear back.

If all this sounds really familiar, that’s because something similar has happened before.

In 2021, video game developer Epic Games sued Apple after the latter pulled Fortnite from its App Store. According to reports, Epic “broke its agreement with Apple” by allowing players to purchase in-game currency through third-party methods and circumventing the 30 percent tax. The judge in the case ultimately ruled in favor of Apple, but court appeals continue to this day.

Since the lawsuit, we’ve started to see other entities speak out against Apple. You have the likes of Spotify calling the tech giant “anti-competitive” because of App Store rules that make buying an audiobook overly complicated. Newfound Twitter wrangler Elon Musk said back in May that 30 percent is “10 times higher than it should be” and South Korea thought so, too. The nation passed a law last year forcing Apple and Google to allow developers to use third-payment systems and not pay the hefty tax.

The current state of the App Store is a hot topic as it was arguably the envy of the industry at one point, but public sentiment has shifted. Be sure to read our recent opinion piece on why the Apple App Store is hurting the iPhone experience.