The days of cheap music streaming may be numbered 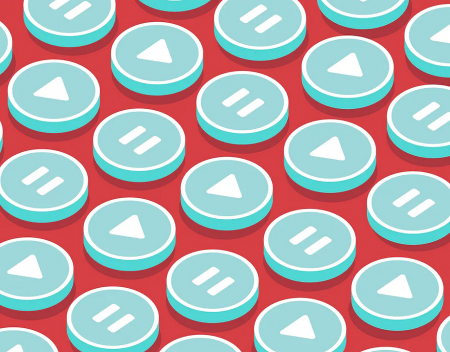 I am really bummed that we are likely going to have to wait until 2024 for the next season of House of the Dragon and also kind of ashamed that I know more about Westerosi history than I do about, like, World War I (A Wiki of Ice and Fire is a real bottomless pit). I will also miss my day-after routine of HOTD pods like Talk the Thrones and Boars, Gore, and Swords, so if anyone has some fresh pods to recommend, hmu.

Anyway, in the real world, Apple is hiking its subscription prices, Spotify is reporting earnings, and Taylor Swift is one of the last real music stars.

Apple is raising its subscription prices

Yesterday, 9to5Mac reported that Apple is increasing the prices of its plans for Apple Music, Apple TV Plus, and Apple One. It's the first time Apple has raised its prices for these services in the US, and given market forces, the move makes perfect sense (even if it is annoying for me personally).

The video side seems pretty cut and dry. TV streamers raise their prices regularly, Netflix did so in March, Hulu saw a hike this month, and Disney Plus will get more expensive in December. Plus, Apple TV Plus is in a much stronger position than when it debuted three years ago at a measly $4.99 per month. It has since scored commercial and critical hits with Ted Lasso, Severance, and For All Mankind and even took home the Academy Award for Best Picture this year for Coda. The streamer now costs $6.99 per month.

The audio side is a little trickier. In a statement to 9to5Mac, Apple cited the recent increase in licensing fees. Apple Music and its competitors will have to pay 15.35 percent of music revenue to songwriters and publishing rights holders starting next year, a 0.25 percent increase over the current rate and nearly 5 percent more than the old rate. But at $10.99, Apple's service is now more expensive than Amazon Music, which is $8.99 per month, and Spotify, which has been stuck at $9.99 per month for more than a decade. And unlike with video streamers, you can access (mostly) the exact same music no matter which audio service you pick.

That means the audio streamers have to work harder to differentiate themselves. Apple Music and Amazon Music offer high-quality audio, whereas Spotify is exploring HiFi only for Platinum Plan subscribers, who could reportedly be charged $19.99 per month. Both Spotify and Amazon offer exclusive podcasting content, too, while Apple Music is completely separate from Apple Podcasts.

For me, the lossless audio on Apple and having access to the music library I have been building since middle school is worth the extra $1 per month. And the price difference may not last long, I would not be surprised if Apple's decision spurs similar price increases from Spotify and Amazon. Between inflation and the licensing fees, it seems inevitable.

What to look for in Spotify's earnings today

Spotify is posting its third-quarter earnings after market close today. Here are some of the things I'll be keeping my eye on:

Podcast stats (duh): Last week, a user spotted a notification from Spotify that said the streamer is now home to 5,523,475 podcasts. Spotify has not confirmed that number yet, but the company loves to tout the size of its podcast library as a sign of success (in lieu of, you know, profits). If that number turns out to be true, that would be a pretty massive jump from Spotify's second-quarter figure of 4.4 million podcasts. Also, expect some serious celebrating of Meghan Markle's podcast, the streamer's most successful original talk show to date.
Subs: Spotify's subscriptions have consistently exceeded expectations, and there is no reason to expect that they won't again. Wells Fargo analyst Steve Cahall said in a note that while he is curbing his estimate for free users, based on third-party data, he still expects premium subscriptions to hit 195 million (up from 188 million last quarter). Wall Street consensus is closer to 194 million, which would still represent a healthy addition of 6 million paying subscribers.
Ad revenue: This is where the worsening economy may be most strongly felt for the company. Advertising still represents less than one-seventh of Spotify's overall business, so a decline in ad revenue may not have a huge impact. However, this is where podcasting falls. The company wants to see podcasting contribute more in ad revenue in order to be less reliant on music (which, re the licensing fee development above, is becoming costlier).
Platinum Plan: The Spotify survey making the rounds earlier this month points to the possibility that Spotify may finally deliver HiFi, for a price. The survey included multiple different versions (and prices) of a Platinum plan, but the one that has grabbed the most attention would go for $19.99 per month. In addition to HiFi, that plan would include limited ads on podcasts, library and playlist managing tools, and audio insights. I'll be listening to see if it's mentioned on the investor call at 4:30PM ET.
Audiobooks: Okay, there will likely not be much to say about audiobooks, which debuted on the app only a month ago. But perhaps they will give a few tidbits on what to expect for the vertical.

I may be partially responsible for this, having listened to "Anti-Hero" on loop all weekend. Taylor Swift is perhaps the only artist alive who can still sell 1 million albums in a week, an achievement that was rare even before the rise of streaming. According to research firm Luminate, which provides the data for Billboard's charts, Midnights earned 1.2 million equivalent album units in its first three days. The last time an album managed to rack up such numbers was in 2017 with Reputation by, Taylor Swift.

Source: Re-posted and Summarized from ARIEL SHAPIRO at the verge.