The U.S. Military Is Testing 50 SpaceX Starlink Terminals Across The Arctic Region 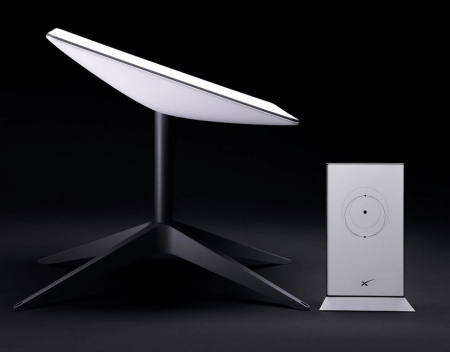 The Arctic circle is located on the northernmost region of Earth, it comprises the Arctic Ocean basin, the U.S. state of Alaska, and it includes the countries of Scandinavia, Russia, Canada, and Greenland. The remote region is known for harsh cold weather and its icy geography makes it hard and expensive to install terrestrial telecommunications infrastructures. That's why satellite communication systems are best for military bases located in that region. Having reliable communication is important in that region amid war tensions with Russia. Ever since Russia invaded Ukraine, the U.S. has been on high alert to ensure the safety of Americans, and they have also been providing intelligence data to aid Ukrainian soldiers. Starlink is also in use by Ukrainian forces and civilians after Russia destroyed telecommunications infrastructures across the country.

SpaceX Starlink satellite service will be tested by the U.S. military over the next 6 to 12 months over the Arctic region. By Spring 2023, the U.S. will determine whether it will pay for Starlink services long-term. According to Brian Beal, a principal aerospace engineer at the Air Force Research Laboratory Strategic Development and Experimentation office, the military also has plans to install Starlink aboard aircraft to test in-flight over the Arctic. Beal told reporters that around 235 Starlink satellites are designated to beam high-speed internet over the Arctic and says that SpaceX will launch 240 additional satellites to serve the region by May 2023.

The satellites operational in Polar Orbit "have laser links between the satellites, so no ground stations are needed over the poles,” SpaceX founder Elon Musk told TESMANIAN via Twitter last year. The inter-satellite ‘laser links’ enable the satellites to communicate with one another in orbit which significantly increases data speed transfer rate. The data speed increases because light travels faster in the vacuum of space compared to fibre-optic cables underground. In September, SpaceX Starlink service was activated at a scientists' United States Antarctic Program (USAP) base in Antarctica that is supported by the National Science Foundation (NSF). "In such a remote location like Antarctica, this capability is enabled by Starlink's space laser network," said SpaceX.