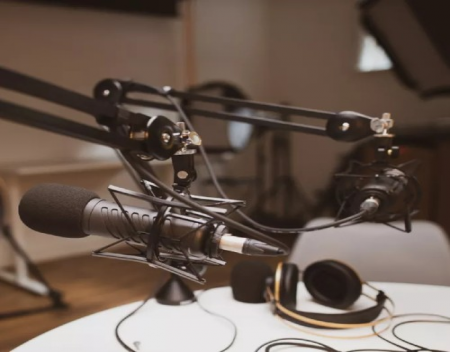 This new Adobe audio tool could make your home office sound like a studio.

Enhance Speech promises to clean up audio recordings through the magic of AI.

The tool started life as part of Project Shasta, which has since become Adobe Podcast - an online space for AI-powered audio recording and editing. And with the firm targeting a broad podcasting scene, enhancing speech is about as accessible as it gets.

Enhance Speech runs online, and it’s free to use in beta. Users may miss the granular control of a full digital audio workstation, although it likely draws on some of the tech found in Adobe Audition.

Users upload a file - only MP3 and Wav are currently supported, with a 1 hour and 1GB limit. After processing, they can then playback, download, or enhance another file. The toggle switch is a particularly nice addition. It lets users listen to pre- and post-enhancement audio during playback.

Overall, results were good - so long as you’re not actually looking for broadcast-quality cleanup. Distant voices felt closer to the mic rather than simply louder. Background noise was significantly reduced. However, muffled speech could occasionally sound tinny to the ear as the system over-corrected. Expect better, but not best.

User reviews have also been mixed to fair. Plenty loved what they heard, but some were less impressed, reporting phantom voices among other issues. It’s debatable whether Enhance Speech lives up to Adobe’s claim that it “makes voice recordings sound as if they were recorded in a professional studio.”

But as Adobe continues to place AI across its toolstack, it’s interesting to see how that technology is being applied to tentpole apps like Photoshop and Premiere Pro and smaller-scale tools like this and video editor-word processor hybrid Project Blink.