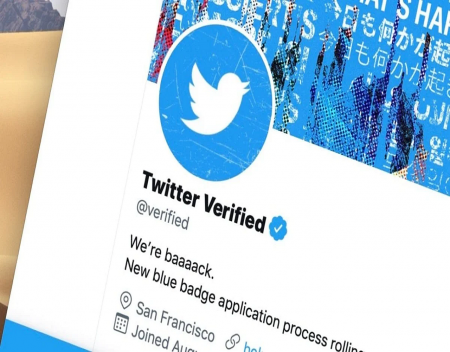 November 23rd, 2022.
Twitter continues to hone in on Blue Verified to stop impersonators on the platform. The relaunch of the service has been delayed and the use of different checkmark colors to represent different accounts is being considered.

Twitter has postponed the rollout of Twitter verification indefinitely until it is satisfied that impersonation on the platform does not get out of control under new policy changes, Elon Musk said. He also added that the possibility of using different color ticks for the profiles of famous people, organizations, and companies is currently being considered to confirm that they are "official."

Musk did not specify when the re-deployment of the service is planned, which is expected, since it is difficult to predict when the corresponding rules will be developed and implemented. It also remains a question of whether officially verified accounts will have to pay for their checkmark, like those who received it with a Twitter Blue paid subscription. However, it seems that the paid monthly subscription of all verified accounts is the main condition. Even Musk himself pays for the subscription, as he confirmed earlier.

Twitter Blue's initial subscription for $7.99 has led pranksters to impersonate well-known individuals and organizations on the platform. While this period on Twitter was a lot of fun for users, the individuals and organizations that were being joked about were unhappy. This pushed the platform to improve the service. As such, the subscription to Twitter Blue was suspended, initially until November 28. However, now, the restart has now been postponed indefinitely.