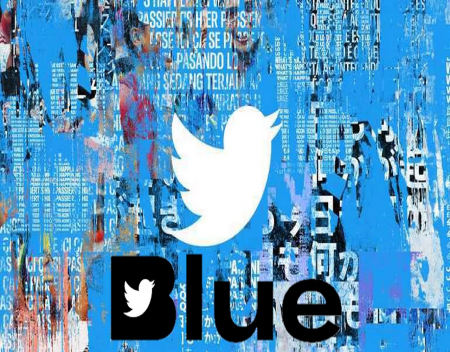 Twitter has officially launched the revamped Twitter Blue for $7.99/month in select countries. After testing, the feature will be rolled out to other countries.

Twitter on Saturday launched a $7.99/month subscription service, Twitter Blue, which includes a blue checkmark next to the name of anyone who has paid for it. The service is only launched for iOS users in the US, Canada, Australia, New Zealand, and the UK. According to Elon Musk, once the feature testing is successful, it will be rolled out to a wider audience around the world, although no specific timeframe has been given.

Features coming soon include:
Half the ads & much better ones: Since you’re supporting Twitter in the battle against the bots, we’re going to reward you with half the ads and make them twice as relevant.
Post longer videos: You'll finally be able to post longer videos to Twitter.
Priority ranking for quality content: Your content will get priority ranking in replies, mentions and search. This helps lower the visibility of scams, spam, and bots.
At the same time, the platform also has a solution for accounts with blue checkmarks that try to imitate famous personalities. According to Musk, in this case, Twitter will suspend the account attempting impersonation, while keeping the money paid for the service for a month. Thus, scammers can try to spoof the accounts of famous personalities countless times, but their accounts will be suspended, and the cost of paying for the service will be prohibitive, which, over time, will force them to refuse such actions.

Twitter is very dynamic right now and new features can appear very quickly. Musk communicates in real-time on Twitter with users, responding to their comments and requests. Users have a lot of great ideas to help the platform improve, and the new owner is happy to listen to them and mark the most interesting and useful ones. For example, to start, Twitter may offer a 42-minute video at 1080 resolution upload option, and longer videos will be available for upload probably next month.