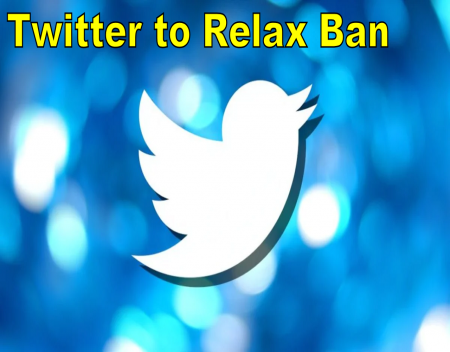 Twitter to relax ban on political ads to "facilitate public conversation around important topics." The platform previously justified the ban on such ads as a reluctance to influence votes, but the constant interference by various government departments and politicians in the platform's work, revealed in the Twitter Files, shows that this reason was a hoax.

Twitter said it would be easing its ban on political ads. The company's Twitter Safety account wrote Tuesday evening that "we're relaxing our ads policy for cause-based ads in the US. We also plan to expand the political advertising we permit in the coming weeks."

Twitter banned all political ads in 2019, citing growing concerns about the spread of misinformation on social media. At the time, then-CEO Jack Dorsey said that while internet ads are powerful and effective for commercial advertisers "that power brings significant risks to politics, where it can be used to influence votes to affect the lives of millions."

However, as showed the so-called Twitter Files, government organizations and individual politicians constantly interfered with the operation of the platform and affected the availability of information to people, as well as limited their right to freedom of speech by blocking some accounts. They manipulated public opinion by directly influencing votes to affect the lives of millions.

The new Twitter policy will now allow advertisements for candidates, political parties, and elected or appointed government officials. This will allow everyone to access the audience on equal terms. In addition, it could generate income for the platform, just as it now generates income for Facebook, which allows political advertising from 2021.

Twitter also wrote that in the future, it will align its advertising policy with that of TV and other media outlets, after making sure that its approach to reviewing and approving content protects people on the platform.