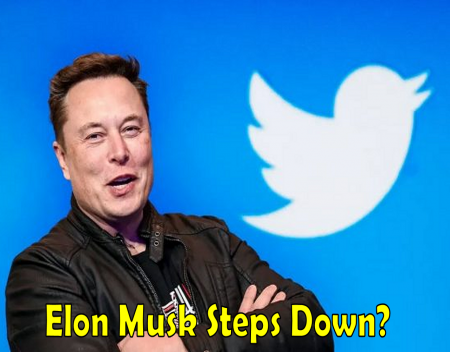 In what is something only Elon Musk would dream up, a simple yes or no question looks like it will change the leadership at Twitter. On Sunday afternoon Musk posted a poll on Twitter asking if he should step down as head of the social media company, just a few months after buying Twitter for $44 billion and taking the position of Chief Twit.

As you can see, more than 17.5 million users took part in the poll, with a resounding 57.5 per cent saying yes he should step down.

Musk noted that he would abide by the poll results, so now we wait for who will be his successor.

Elon, of course, has made decisions by Twitter poll in the past and did stick by the results.

There were, of course, a lot of discourse on and off Twitter about the poll. Even some blasts from the past came out of the woodwork, including from the founder of one of the original social networks, MySpace, Tom Anderson.

The poll could be more of a farce than anything else, as the rumours have been circling for weeks that Elon was looking for a successor.

It remains to be seen who could take on the role, but Lex Fridman put his hat into the ring and may be up for the position, even though Musk tried to persuade him against it.

Source: Re-posted and Summarized from Scott Nordlund at driveteslacanada.

My Take: Elon should get someone else, to be Twitter CEO, and get back to taking care, of Tesla.