Watch out, someone wants to turn Pac-Man into a live-action movie 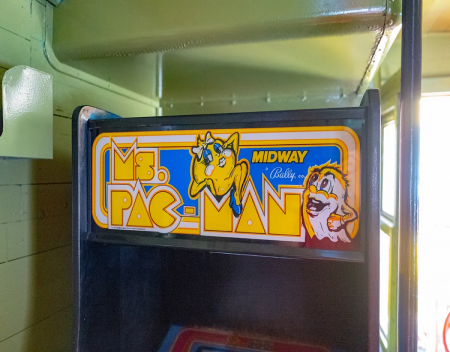 As Hollywood looks ever further afield for IP to turn into new film franchises, the classic arcade game Pac-Man has emerged as the next potential basis for a live-action adaptation. According to The Hollywood Reporter, the film is currently under development at Wayfarer (the studio behind Disney Plus’s Clouds) with assistance from Bandai Namco, based on an idea from Sonic the Hedgehog associate producer Chuck Williams.

Crucially, THR is only reporting that the film is "in development," and there’s no mention of it having been officially greenlit or entering production. But the news makes sense in an environment where studios are increasingly turning to video games for IP to mine for their upcoming projects. In recent years, plans to develop films based on everything from triple-A titles like Metal Gear Solid to indie darlings like Firewatch have been announced, and in the more immediate future we have Chris Pratt’s live-action Mario to worry about.

Pac-Man, of course, is no stranger to the occasional TV adaptation. There was the 1980s Hanna-Barbera cartoon that aired on ABC between 1982 and 1983 and an animated series that came to Disney XD back in 2013. But to our knowledge, no one’s succeeded in making Pac-Man the centerpiece of a live-action movie before, beyond cameos in films like Pixels.

There’s currently no word on who might play the titular character, who could write and direct the film, or when we might see it released. So here’s a YouTube clip of the current definitive live-action Pac-Man to throw down the gauntlet.

Source: Re-posted and Summarized from Jon Porter at theverge.

My Take: They have a major hurdle ahead to turn this idea into a good move.