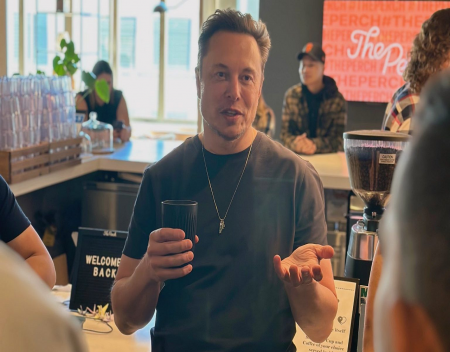 Elon Musk addressed some rumors that were floating around Twitter on Saturday, adding that Twitter's remote work policy is the same as Tesla and SpaceX.  He responded to @Balinares on Twitter, who claimed that Elon Musk "ordered his Ireland workforce back to Dublin by Monday, or else."

@Balinares shared a screenshot from an employee who said, "Elon Musk has recently bought Twitter and is making harsh and drastic changes that are affecting hundreds of Irish employee's lives. The most recent of these decisions is that all employees must be in the office by Monday. Many of us work all around this country and are unable to do so. This is in the middle of a housing crisis that Musk has absolutely no idea about, and it is almost impossible to move to Dublin so quickly."

The employee noted that Elon Musk reacts to his own ego and the feeling of being unpopular on Twitter, adding that they felt "completely helpless against this out-of-touch billionaire, and need support from our fellow people."

Elon Musk responded that the claim was false. "Anyone who can be in office should be. However, if not logistically possible or they have essential personal matters, then staying home is fine. Working remotely is also ok if their manager vouches for excellence. Same policy as Tesla & SpaceX."

A screenshot of the email Elon Musk sent on November 11 to Twitter employees is also making its rounds on Twitter. The email states: "I was at Twitter HQ again until late into the night yesterday and would like to extend a note of appreciation to those who were there with me, as well as those working remotely, some of whom had been up even longer."

"To reaffirm, working remotely is fine if you cannot reasonably make it to the office and you are performing at an exceptional level. That said, I am a big believer in the esprit de corps and the effectiveness of being physically in the same location."

"I will be in the office again today. Stop by the 10th floor if you'd like to talk about taking Twitter to the next level. The priority is near-term actions."

Source: Re-posted and Summarized from Johnna Crider at teslarati.