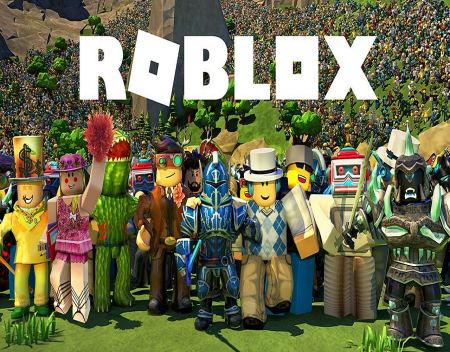 Have you ever gone scuba diving at Quill Lake? Have you made a pizza at Builder Brothers’? Do you solve mysteries in your spare time? If so, you may have done these things on Roblox!

Roblox is an online gaming platform where anyone can make or play games. It’s one of the most visited places online, with 56 million players each month. That’s even more than Fortnite! Roblox is still behind the popular Minecraft in its number of users, but the newer gaming platform is catching up.

What kinds of games can you play on Roblox? If you can imagine it, you can play it! After starting an account, players search through a list of over 40 million games. What if a user doesn’t find a game they like? They can make their own! Roblox gives each user the tools to make their own games.

Have you ever used an avatar? They’re common in video games, and each Roblox user makes one. The avatar can look like the player, but it doesn’t have to! Making an avatar gives players a chance to be creative. They can be any form of themselves they want. Then, they use their avatar to play games.

There are many popular games on Roblox. One is "Natural Disaster Survival," where players protect themselves during floods and earthquakes. Another is "Scuba Diving at Quill Lake," where you never know what underwater treasures you’ll find next. Other games let you practice more everyday tasks. For example, you can work as a cashier or cook in "Work at a Pizza Place."

Some games ask players to spend Robux, which is in-game money. However, players buy Robux with real money, so users need to be careful about how much Robux they spend. When games raise Robux, Roblox splits the profit with the game maker. Some people have made millions through Robux spent in their games! But don’t worry, players don’t have to spend money to have fun on Roblox! Accounts are free, and features that cost Robux are optional.

Anyone can make a Roblox account. That’s great because it means kids everywhere can have fun. Still, users should be careful about who they talk with. It’s fun to talk with friends online while playing a Roblox game. However, remember to never give personal information to strangers.

Are you ready to build your own theme park? Would you like to play an extreme version of hide-and-seek? The possibilities are endless with Roblox! As always, talk with an adult family member before going online. You might even play a game together!

Source: Re-posted and Summarized from wonderopolis.