Windows 11 gaming bug has been cured 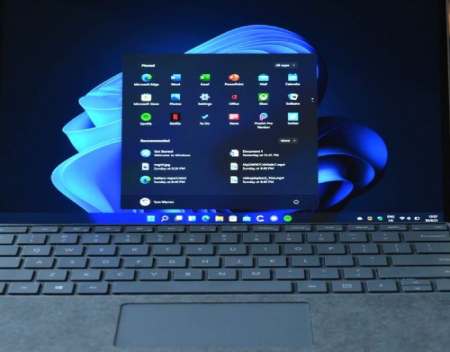 Windows 11 gaming bug has been cured.

Windows 11’s latest version has suffered at the hands of a bug that messes quite badly with gaming performance for some users, leading to the 22H2 update being blocked on those PCs to prevent the problem from manifesting – but the good news is that upgrade block has now been partially lifted.

In case you missed this one, the Windows 11 22H2 bug in question caused “lower than expected performance” with some games (and indeed other software), including stuttering frame rates (a seriously off-putting phenomenon). This was due to GPU debugging features errantly being used on the affected PCs.

As Neowin noticed, Microsoft has not actually fixed this issue – yet – but has added a fresh note to its release health dashboard which states the following: “The safeguard hold with the safeguard ID of 41990091 has been updated to only safeguard Windows devices which have one of the small subsets of games and apps which are still affected by this issue.”

What this means is that a lot of Windows 11 users who had previously been blocked with the mentioned safeguard hold are now clear to download the 22H2 update – only people who run one of a small number of games and apps that are vulnerable to the bug are now being stopped from upgrading.

Hopefully, that means the majority of PC gamers who were being held back from upgrading due to this flaw are now able to go ahead and grab the Windows 11 22H2 update. However, you may not see the upgrade straightaway, and as Microsoft observes, it can take up to 48 hours before the block is lifted and 22H2 is actually offered up.

That said, as Microsoft posted this on its health dashboard a few days ago, the upgrade should now be available to everyone who is freshly eligible to pick it up. If you still haven’t been offered the 22H2 update, it’s worth rebooting your PC and checking for updates – but if that doesn’t do the trick, then you’re likely one of the unlucky people who are still affected by the bug.

In that case, all you can do is wait patiently for Microsoft to get its act together and implement a full solution to this problem. As to how long that’ll take, well, your guess is as good as ours.

To give you something of an idea, thornier bugs can take some unpicking, and we recently witnessed a rather unpleasant Windows 11 printer bug – one that stripped critical features from some devices, like being able to print in color for example – take two months to be resolved. Hopefully, this gaming glitch won’t prove to be as complex an issue to remedy, but who knows?

Not being able to upgrade to the most recent version of Windows 11 is a frustrating experience, seeing as you may miss out on feature additions, or perhaps more worryingly, work on the security front to fix vulnerabilities – and the latter could conceivably leave your PC open to being exploited.

That’s why we generally advise folks to upgrade fairly swiftly, although, on the other hand, it’s sometimes best to be a little cautious on the very day an update comes out, as early adopters can run into show-stopping bugs or problems introduced by the upgrade. In other words, it can be prudent to hold off for a short while, but don’t hang about for too long – just enough time to monitor the news headlines and online forums to see if any nasty-sounding glitches have emerged with any given update.