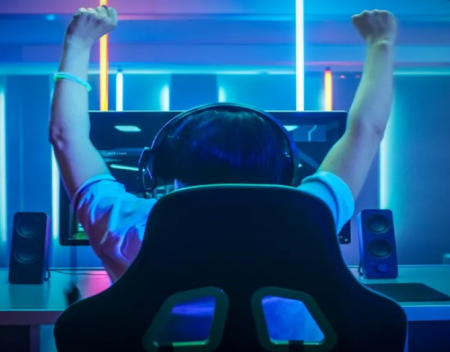 Windows 11 gets a much-awaited fix for gaming bug.

Windows 11 has been plagued by a bug in its 22H2 update that affects some users, causing stuttering in games, and leading Microsoft to block the upgrade for those people – but the good news is that a fix has now been implemented by the software giant.

The solution to this annoying glitch is contained within the code of patch KB5020044, a recently deployed cumulative update – but note that this is still a preview update. In other words, the patch is still in testing, but you can grab it the normal way, by checking under Windows Update.

You may recall that Microsoft took action against this bug recently, when the software giant pinned down the games and apps which were problematic and suffered from stuttering, and therefore lifted the block on the 22H2 update for many folks, leaving only those who run an affected game (or games) unable to upgrade.

With this full fix, once it’s applied, anyone can upgrade regardless of what games they have installed on their Windows 11 PC. (Incidentally, Microsoft didn’t share the details of which PC games or applications were provoking the slowdown issue, which was related to GPU debugging features being switched on by mistake, with that debugging work eating resources).

It’s good to see a solution to this bug come through relatively quickly, as naturally it was frustrating for those who were blocked from upgrading to 22H2 due to the flaw.

That said, remember that as KB5020044 is a preview update, installing it could have unforeseen consequences with it still being in the testing phase. But that said, if you’re keen to finally upgrade to 22H2 after being blocked by a safeguard hold for some time, odds are you might want to give it a whirl.

More cautious types, though, should wait for the full release of this update. The finished version of this patch will be out mid-December, only a couple of weeks away now, and if there are imperfections in the preview update, any wrinkles should be ironed out by that time. (Or we certainly hope so, though, from previous experience, we can’t take anything for granted when it comes to Windows patching).

So, the choice is yours, but even if you don’t fancy chancing the fix right now, you can simply bide your time for a little longer in the knowledge that the full-release version of the cure is literally just around the corner.

This cumulative update is actually a pretty hefty one, coming with some other major bug fixes besides the resolution of these gaming problems. That includes several important fixes for issues with File Explorer – the beating heart of the Windows interface, which lets you browse through folders and the files therein – including a glitch that caused File Explorer to completely crash and burn (a pretty disastrous situation, ushering in a full reboot).