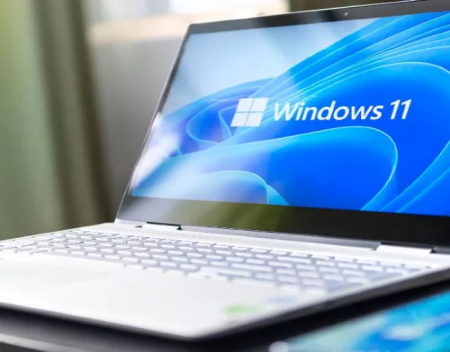 Windows 11 has seen the Settings panel decorated with fresh animations in a new preview build of the operating system.

As Rafael Rivera, a Microsoft MVP pointed out on Twitter (via XDA Developers), the animated navigation icons are an experiment in build 25188 of Windows 11.

As you can see in the tweet above, the animations are simple touches, so when you hover over the icon for Time & Language, for example, the globe spins around, as do the hands of the little clock.

If you’re in the dev channel and have this latest preview build, but don’t see the animations in Settings, that’s because Microsoft is only testing them with a limited number of Windows Insiders, to begin with.

In other Windows 11 news, we’re also hearing from Windows Latest that Microsoft is working on curing a bug with the taskbar which can cause a delay of a few seconds when it comes to the icons actually appearing on the bar – or even longer in some cases.

That’s pretty annoying, but the report claims Microsoft is aware of this problem and is working on a fix, and what’s more, that solution which will usher in other improvements in overall responsiveness, such as when pinning apps to the bar. This promises to be a very useful improvement, although issues like this shouldn’t have been present in the first place, of course.

Those animated icons in testing have prompted quite a polarized response. Some enjoy the effect, or even love it, and think that it adds some life to the interface. We can certainly see the argument that it’s nice to introduce a bit of flair and character to the UI. As Rivera points out, Microsoft has a philosophy of adding motion to the Windows 11 interface, rather than having a purely static environment, and it calls these touches “unexpected moments of joy”; but for some, they’re not particularly joyful.

These are the commenters who feel that such animations are unnecessary clutter, a case of trying to do too much with the interface. And naturally, with lots of little moments such as these adding up, there’ll be some concerns around any potential system slowdown (certainly on lesser-powered PCs).

However, the obvious point to placate naysayers is that Microsoft will surely put in an option to be able to switch off these animations if necessary (and it will, of course, be needed from an accessibility standpoint for some users).

Indeed, further in the thread of his tweet, Rivera observes that currently these new animations for Settings are tied to the Animation Effects slider (under Accessibility > Visual Effects), so if you turn that off, they’re banished. There’s no reason to imagine this won’t be the case if these animations do make it through to the full release of Windows 11.

Note that for testers in the dev channel who aren’t seeing this feature, it is apparently possible to force the animations to be implemented, but we really wouldn’t recommend doing this. Have patience, as we should see a wider rollout to testers soon enough if it seems like this feature is going anywhere. And if it isn’t, well, then it doesn’t really matter anyway.