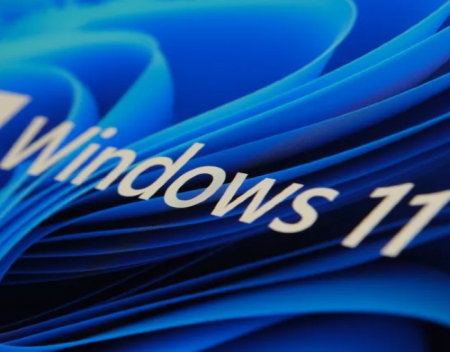 The redesigned taskbar in Windows 11 has had its fair share of praise and criticisms since the update arrived in October 2021, but a year on, Microsoft is working on some improvements.

While a new (much requested) drag and drop feature for the Start menu is still missing in action, the appearance of the system tray on the bottom right is getting a refresh to better reflect how labels look in Windows 11.

There's also the ability to finally reduce the amount of 'Recommended' files in the Start menu, but there's still a way to go before you can fully customize the menu.

You can already try this improved taskbar on your PC if you're a Windows Insider member, which allows you to try out other updates Microsoft is working on, but as for when the improvements will arrive, it could be after the Windows 11 2022 Update.

The taskbar has been divisive for many Windows 11 users - the taskbar and the Start menu are arguably an iconic part of the operating system since it debuted in Windows 95.

Anyone who has used a PC knows where the Start menu is and how it works, so getting the major change that Windows 11 introduced was inevitably going to cause some discourse. However, Microsoft has, again, been slow to acknowledge these complaints from some users, and it's been to its detriment.

We're approaching a year since Windows 11 debuted, and the Taskbar has barely seen any improvements. Worse, a former engineer at Microsoft also expressed his dismay at the Start menu in a series of tweets back in August.

Granted, some of the improvements we've seen in early versions of upcoming Windows 11 updates are welcome, but the 'Recommended' section of the Start menu is the worst part for me. I don't need to see a list of recently used files, and for now, getting rid of these files means I have to separately right-click each of them to remove them from the Start menu.

Let's see an option to have that removed, and have icons cover the menu instead, or perhaps a couple of widgets, such as the Weather.

While we may see some improvements in the 'Moment 2' update by the time this year ends, you can customize the Start menu thanks to Start11, a utility that can also bring back menus from previous Windows releases. It may be a good alternative to use in the meantime while we wait and see what Microsoft has planned.

My Take: Sounds pointless, but upgrading's important to the public eye.