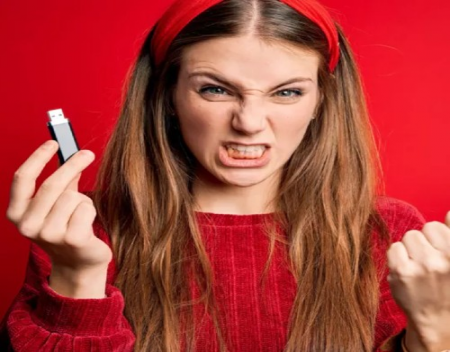 Windows 11 22H2 has an annoying new bug that is preventing some users from being able to safely eject their USB devices if Task Manager is open.

Whenever you plug in a USB device, especially a storage device such as a USB flash drive, you should always make sure you safely eject it before removing it. In Windows 11, you should be able to do this by right-clicking the USB icon on the taskbar and selecting ‘Eject’ by the name of the device you want to remove.

Annoyingly, however, some people are reporting a bug that prevents them from doing this when Task Manager is running. Instead, trying to disconnect the USB device causes Windows 11 to become unresponsive for a few seconds, and then throws up an error saying “Windows can't stop your device because a program is still using it. Close any programs that might be using the device, and then try again later.”

This error usually appears when you try to eject USB media that's still being used, such as when you’re copying files to and from a memory stick. However, this bug means you get that warning regardless of whether or not your USB device is in use – and that can cause issues.

Sure, in comparison to other Windows 11 problems, this may not sound like a huge issue. It seems to only happen when Task Manager is open at the same time, and most regular users will rarely use it.

You could also argue that this bug at least seems to tell people it’s not safe to remove the USB when it is safe – rather than the other way around.

However, this is still a frustrating bug that can cause serious issues. There’s a reason why you should always safely remove a USB storage device by ejecting it in Windows 11, rather than simply pulling it out of your computer. If you do that, and the USB device is still in use, you may corrupt the data on the USB – and in extreme cases even make the entire USB device unusable. If you have a lot of important stuff stored on the USB stick, that could be a real nightmare.

So, if Windows 11 is giving incorrect information about when to remove a USB drive, that’s worrying. It could lead to people pulling out the device and ignoring the warnings in the future.

As we said in our Windows 11 review, the newest operating system from Microsoft has the potential to be a brilliant upgrade – but bugs like this aren’t going to win it new fans any time soon.