You're finally getting the Google Play Store and apps you deserve 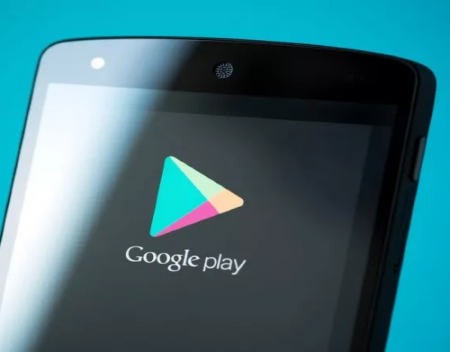 A new day is coming for your Android apps. Google is implementing new Play Store rules for developers as it attempts to stamp out intrusive ads, impersonators, and VPNService misuse.

The big changes will roll out incrementally(opens in new tab) with the first rule going into effect on August 31 and will be complete on July 31, 2023.  Reading through the rules, it appears that some developers on the Play Store were getting away with uncouth practices, but Google is giving them ample time to clean up their act.  The Play Store is also clarifying the language on several policies as it cracks down on misinformation.

Starting August 31, apps will no longer be able to impersonate another developer/company nor can an app falsely imply that it's related to something else. Google gives the example of the RSS News Aggregator app created by Google Developer(opens in new tab). This is an impersonator because first-party apps on the Play Store are listed under Google LLC. The developers were trying to use Google's name to sell their product.

Google also points to the YouTube Aggregator app using the official YouTube logo. This gives a false impression that YouTube Aggregator is an official app when it isn’t. Truth be told, it’s surprising that this file advertisement rule wasn’t implemented long ago, but better late than never.

Effective September 30, “full-screen interstitial ads” can no longer appear randomly. Ads will still be allowed; they just can’t pop up in the middle of a game(opens in new tab) or as you’re scrolling through a product description(opens in new tab). And whenever full-screen ads do appear, they must be closeable after 15 seconds. Speaking from personal experience, this is a great change because nothing kills a game faster than an annoying 30-second ad that you can’t skip. Also on September 30, apps must make it clear how to manage or cancel a subscription service. Developers will no longer be able to hide the cancellation process in a labyrinth of menus.

Google is also tightening the rules on apps that use a VPN (a virtual private network) as its core function. Apparently, developers were misusing Google’s VPN Service to collect user data or manipulate traffic via ads. Starting November 1, VPN Service can only be used for, among other things, parental control, web browsing, and device security apps.

And on July 31, 2023, Google will be restricting the Exact Alarm Permission so it can only be used on alarm and calendar apps. According to Mishaal Rahman, Senior Technical Editor for Esper, this restriction will also improve battery life. He explains that if too many apps schedule alarms at different times, it can quickly drain the phone's battery. By prioritizing apps where the main function is to be an alarm, it will solve this conflict.

Google has also updated many different policies to combat misinformation and make sure things stay appropriate for an app's user base. There are so many changes, in fact, that we can't cover everything, so here are some of the more important ones.

Descriptions, screenshots, and titles must accurately reflect what the app does. For example, developers won’t be able to promote their puzzle game app with action-oriented images to make it seem more exciting. Ads now need to be appropriate to the app’s rating. Ads for a mature app can’t be placed into a video game rated for teenagers. Harmful medical misinformation will be more strictly enforced, as well. This includes misleading vaccine claims and the selling of prescription drugs without a prescription.