YouTube is taking a sneaky shortcut to compete with TikTok 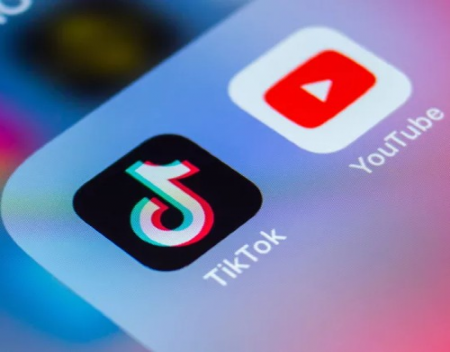 Content creation platforms the world over can’t seem to resist TikTok’s short-form video style, and now YouTube is doubling its efforts to compete with the social media behemoth by implementing a new TikTok-style creator tool.

As part of its latest app update on iOS and Android devices, YouTube has launched a feature that allows creators to instantaneously convert up to 60 seconds' worth of previously uploaded long-form videos into Shorts.

The tool utilizes the platform’s existing editing suite – text, timeline editor, filters, etc. – and YouTube says that, if the selected footage is less than 60 seconds, creators can shoot additional video using the Shorts camera or upload more footage from their gallery.

Any Shorts created using old videos will, of course, link back to the original YouTube upload, and only the creators themselves can import and/or tamper with their existing content library.

On the surface, the feature is a creator-led innovation, one that gives creators another avenue through which to attract potential subscribers to their long-form content (if, for instance, a user is interested in a short-form version of a longer video, they may be inclined to click through and continue watching).

But this update also exposes YouTube’s desperation to ramp up its short-form library in a bid to better compete with the likes of TikTok and Instagram.

Clearly, not enough creators are uploading straight-to-Shorts content, and given the backlash over YouTube’s automatic conversion of some vertical videos into Shorts in recent months, the company is now banking on the efficacy of giving users the autonomy to make that choice for themselves.

It’s more organic – albeit encouraged – Shorts growth and YouTube users should expect to be greeted with a whole lot more vertical video content in the coming months.

For more YouTube news, check out our report on the YouTube scam that's abusing Google's advertising system, as well as our take on the platform's useful new content correction tool.

My Take: It's not desperation, it's smart. YouTube has to do these things.