YouTube Premium just got its biggest price hike in years 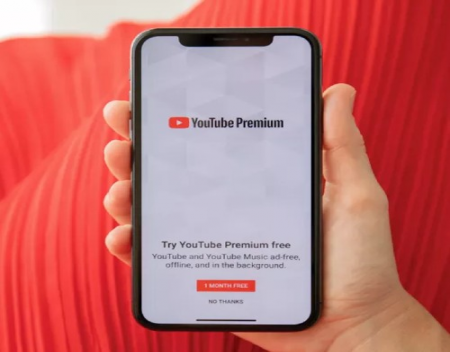 YouTube Premium just got its biggest price hike in years.

YouTube Premium just got its first major price hike in several years, suggesting that even Google is feeling the pinch of an unpredictable economic climate.

From November, the monthly cost of YouTube’s Premium family plan – which allows for up to six accounts to use the same subscription – will jump from $17.99 to $22.99 in the US and Canada, and from £17.99 to £19.99 in the UK. The former increase represents a 30% price hike. Australian users, whose Premium family plan currently costs AU$22.99 per month, won't be affected by the increase, YouTube has confirmed to TechRadar.

The jump in monthly cost will apply to new and existing YouTube Premium family users from November 21, though “long-standing and valued members” who began subscribing to the service prior to its rebrand from YouTube Red will stay on the same subscription plans until April 2023. After that, though, all users will be subject to the same monthly fees.

YouTube is raising the price of its Premium family subscription “to continue delivering great service and features”, according to a notification email sent to existing subscribers. The increase represents the first price change to any tier of YouTube Premium since 2018.

At present, single-user YouTube Premium plans aren’t being affected by the increase – but it only seems a matter of time before a similar shake-up comes to all tiers of the service.

It looks like Google is bracing itself for a backlash when that does eventually happen, too. The company has set up a support page for users wanting to give feedback about the aforementioned price increase to YouTube Premium’s family plan. Why? Probably to gauge just how angry its customers would be if they pulled the same trick on all subscription tiers.

The family plan price hike comes after Google’s very public experiments with what actually constitutes YouTube Premium. The service offers fee-paying subscribers ad-free viewing, background playback and the ability to download videos for offline use, but in recent months, Google has flirted with the introduction of a resolution paywall for free YouTube users – a system that would see 4K video playback made exclusive to Premium subscribers.

Thankfully (for non-paying users, at least), Google confirmed in October that it had ended its resolution paywall trial. However, should the company decide to hike the price of YouTube Premium across the board, affected subscribers will be hoping to get more for their money than they do with the current Premium package.

For more YouTube-related content, check out our reports on how YouTube is taking account mentions to the next level and why we’re so happy that YouTube widgets have finally arrived for iOS 16 and iPadOS.