Elon Musk is the Bravest, Most Creative Person on the Planet 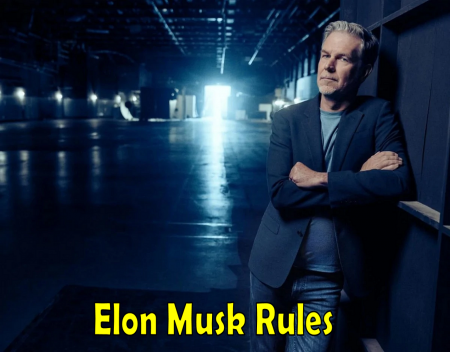 "Elon Musk is the bravest, most creative person on the planet," says Netflix Co-CEO. Reed Hastings believes that Musk has done phenomenal things in many areas while using a style that is unaccustomed to most other leaders.

Netflix co-founder and co-CEO Reed Hastings called the new owner of Twitter, and the head of other disruptive companies, "the bravest, most creative person on the planet" during the New York Times DealBook conference. "What he's done in multiple areas is phenomenal," he said, adding, "His style is different. I'm trying to be, like, a steady, respectable leader up here and he's just out there."

Hastings admires Musk's vision of the world and the fact that he wants to do good for everyone. He noted that with the $44 billion he and his supporters have invested in acquiring Twitter, Musk "could have built a mile-long yacht," but he wants to do "good for the planet" instead.

Netflix's co-CEO said he was "100% convinced that he [Musk] is trying to help the world in all of his endeavors" when asked by host Andrew Ross Sorkin if he really believes Musk is making a positive contribution to the planet. Hastings added that he is convinced that the new owner of Twitter "believes in free speech and the powers of democracy."

The Netflix co-CEO remains "deeply respectful" of Musk and expressed surprise that "people are so picky on, the blue check mark, and yes he's making a mess of some things. Can you give the guy a break? This guy just spent all this money trying to make things better for democracy and society, to have a more open platform, and I am sympathetic to that agenda."