Microsoft's latest attempt to get you to ditch Google Chrome 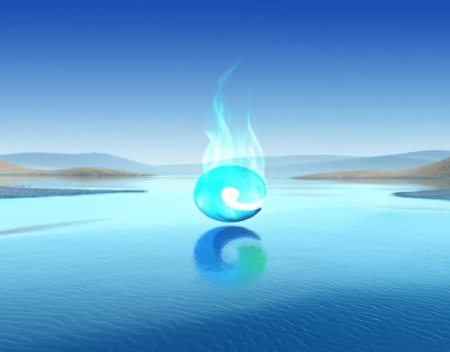 Microsoft's latest attempt to get you to ditch Google Chrome.

Microsoft has released a new update to its Edge web browser which includes a new sidebar, allowing you to reply to emails, use parts of the Office suite, and more.

After previously being confirmed as in development, the new sidebar is another attempt by the company to tempt you away from other browsers such as Google Chrome, Opera, and others.

As Microsoft explains in a blog post, you can access a bunch of features, such as Office files, and your Outlook email, play games, and reach useful tools such as a clock, a calculator, and a dictionary for some reason.

You can launch it by going to the three dots on the top left, and there will be a 'Show Sidebar' option at the bottom or by pressing Control + Shift + /. You can't resize it, but you get six options, ready to choose from.

The 'Discover' feature is welcome enough, where it will give you bits of trivia as you browse the web, from recipes to film trivia. There's also the calculator and other functions instead of you reaching for the Taskbar.

However, the Office tab leaves a lot to be desired, as clicking on any of the apps launches the web page for the ones in question. This is the same for Games as well, leading us to wonder what the point of this sidebar is already.

It almost harkens back to the pop-up bars of older web browsers where you'd be able to install a search engine bar below the address bar. Or if you were to install an app, there'd be an option to install a toolbar.

The above is an example of how you could install a bunch, with most not being terribly useful. The sidebar reminds me of these, with it essentially being a group of links and some useful utilities, but not much else.

Microsoft can do better here, rather than try (and fail) to play catchup to other web browsers.

My Take: Yeah, I'm going to stick with Chrome. Edge is a child's toy.