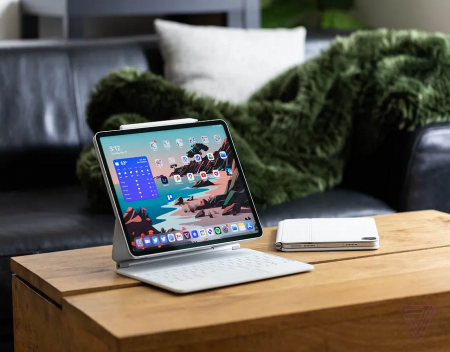 Whether you want a basic iPad, something more capable, or one to replace a laptop, you can save a ton of money by buying last year's versions, and you won't miss much of anything at all.

Apple's iPad releases this year have been, well, lackluster to say the least. That isn't to say the new 10th-gen iPad and the M2-equipped iPad Pro are bad products — far from it. But they either aren't significantly better than their predecessors or have an awkward value proposition that puts them in between more compelling options in Apple's lineup.

If you've been planning to buy an iPad this year, this is good news because you can confidently purchase last year's (or even older) models without really giving up much. And based on the pricing we've seen on older iPads recently, that can either save you a ton of money or get you a more capable model for the same price you might pay for the latest base version.

Buying an older model also opens up the world of secondhand options, whether you're buying a used one from a reseller, a reconditioned model, or just an open-box return from a retailer. You can save a ton of money on perfectly capable iPads this way — and since most iPads live the majority of their lives at home and aren't used as frequently as a phone, used models are generally in better condition and will last longer.

Here are my recommendations for what to look for instead of the latest iPads this year.

The 10th-gen iPad has a starting price of $449, and since it just came out, it's unlikely to fall far from that in the near future. But you can find older versions of the iPad Air, which have a nicer version of the same size screen, an equal or faster processor, and better accessory options than the 10th-gen iPad, on sale all the time. A 2020 or 2022 iPad Air is a better iPad than the 10th-gen model in every way, so you don't give up anything by opting for the slightly older model.

We've seen brand-new units of the 2020 iPad Air (also known as the fourth-gen model) recently selling for as low as $349, though you can typically find them for under $450. Amazon has renewed (aka refurbished) models for under $420 right now, and I'm sure the fourth-gen Air will be a popular doorbuster deal for retailers during the Black Friday shopping season, so long as they still have stock.

The newer 2022 iPad Air (the fifth-gen model) comes with a more capable M1 chip and supports features like Stage Manager in iPadOS 16, which neither the older Air nor the 10th-gen iPad has. Brand-new units have frequently been discounted to $520 by a variety of retailers, putting it only $70 away from the 10th-gen model (which, again, has a worse screen and weaker accessory options in addition to the less capable processor). Refurbished models are a little harder to find because the fifth-gen Air hasn't been out as long, but they typically go for $480, which is a no-brainer choice over the $450 10th-gen iPad to me.

If you're looking to buy a 2022 iPad Pro, buy this instead: 2021 iPad Pro
The differences between the 2022 and 2021 iPad Pro models can be summed up with two fingers: the 2022 model has an M2 processor instead of the M1; and it supports the new hover feature with the Apple Pencil. Neither of those provides a meaningful difference in day-to-day use, and the 2021 iPad Pro is just as capable of anything you need from it. It also supports all of the features in iPadOS 16 and likely will for quite a few future versions down the line.

The 12.9-inch 2021 iPad Pro can be purchased brand new for $900 right now, a discount of $200 from the 2022 model. Different configurations can save you even more if you opt for more storage or add cellular connectivity. Refurbished models can be had for even less. Savings on 11-inch versions aren't quite as big but are still significant enough to justify pocketing the dough rather than buying the latest and greatest.

Older iPad Pro models, such as those released in 2018 and 2020, are still plenty capable as well, though you're only likely to find those on the secondhand and refurbished markets. Both of them support Stage Manager in iPadOS 16, but they won't be able to use it with external displays like the new iPad Pro models can. If you're looking at a refurbished unit, check to see if the battery has been replaced since, after three or four years of usage, it likely won't last as long as it did when new.

Still an excellent value option: 2021 ninth-gen iPad
I have a feeling that the most popular iPad during the holiday season this year will be the ninth-gen base model iPad. Apple itself is still selling it for $329, and it's frequently available for $280 or $300 brand new from other retailers. It's likely to see a lot of further discounts and promotions throughout the holiday season this year, making it an even more compelling option.

Sure it has a home button, large bezels, and a Lightning port, but it's plenty capable for any task the 10th-gen iPad can do. And it's got a headphone jack, which makes it ideal for kids or anyone who just doesn't want to fuss with wireless headphones.

Regardless of which iPad model you end up with, the thing that remains the same is it is an iPad. There might be minor differences between them here and there, but at the end of the day, they all perform very similarly and have access to the same vast library of apps. That means you can buy an older model now and not have to worry too much about having a compromised experience. It's a win-win all around.

Source: Re-posted and Summarized from DAN SEIFERT at the verge.