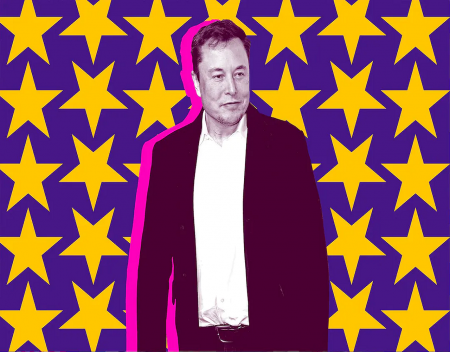 Elon Musk, Twitter’s most important shitposter, has added the company to his business empire after months of legal skirmishes, according to CNBC, The Washington Post. and Insider. He celebrated by firing executives.

Musk fired Parag Agrawal, who succeeded Jack Dorsey as Twitter CEO, and chief financial officer Ned Segal, both of who were in the building at the time and escorted out by security, according to Reuters. Vijaya Gadde, the company’s policy chief whom Musk had publicly criticized was also ousted. Sean Edgett, the general counsel, is gone too, The New York Times reports. (Bloomberg says security escorted him out, as well.) Chief customer officer Sarah Personette was also fired, Insider reports.

The execs received handsome payouts for their trouble, Insider reports: Agrawal got $38.7 million, Segal got $25.4 million, Gadde got $12.5 million, and Personette, who tweeted yesterday about how excited she was for Musk’s takeover, got $11.2 million.

Musk originally offered to buy Twitter in April, then changed his mind and tried to back out in May. Then, he changed his mind again on October 4th, filing a letter with the Securities and Exchange Commission affirming his commitment to the original deal. Musk has been meeting with Twitter employees this week and is expected to address them on Friday now that his $44 billion takeover is done.

Musk was scheduled to be deposed on October 6th and 7th, after having moved his deposition from late September. He announced he’d honor the contract his lawyers negotiated after all just days before the deposition was to take place. That deposition was probably going to be uncomfortable; a judge found that Musk likely deleted Signal messages that were relevant to the case. The deposition was delayed as Musk and Twitter worked toward a deal; Musk even received a court order halting proceedings to allow the deal to close by October 28th.

Questions still remain about what Musk plans to do with Twitter now that he owns it, though he’s made a number of public comments. The Washington Post reported that Musk planned to cull 75 percent of Twitter’s employees, citing estimates given to prospective Twitter investors. Musk told Twitter staffers that the 75 percent figure was inaccurate, Bloomberg reported. In Musk’s text messages, provided during discovery to Twitter’s lawyers, he and entrepreneur Jason Calacanis, a friend of his, discussed cutting staff by requiring a return to office.

Twitter faces challenges to its free speech stance in court, as the Supreme Court agreed to take up two cases that will determine its liability for illegal content.

Musk, who is also CEO of Tesla and SpaceX, has suggested he’ll change the way Twitter’s moderation works, potentially relaxing the kinds of policies that saw former President Donald Trump permanently banned from the platform.

Although Musk has said that his Twitter acquisition is "not a way to make money," he’s reportedly raised ideas for cost-cutting and increasing revenue. Governments and corporations could be charged a "slight cost" to use Twitter, and there could be job cuts on the table to improve the company’s bottom line. Some of Twitter’s current employees have criticized Musk’s plans for the platform as "incoherent" and lacking in detail.

More broadly, Musk has talked about using Twitter to create "X, the everything app." This is a reference to China’s WeChat app, which started life as a messaging platform but has since grown to encompass multiple businesses, from shopping to payments and gaming. "You basically live on WeChat in China," Musk told Twitter employees in June. "If we can recreate that with Twitter, we’ll be a great success."

Musk is expected to share more about his plan for Twitter with employees on Friday. Late Thursday evening, hours after the news of him firing execs first broke, he tweeted the following:
the bird is freed.

Source: Re-posted and Summarized from ELIZABETH LOPATTO at theverge.

My Take: Twitter now has its best chance of success with Elon as captain.