What is an NFT 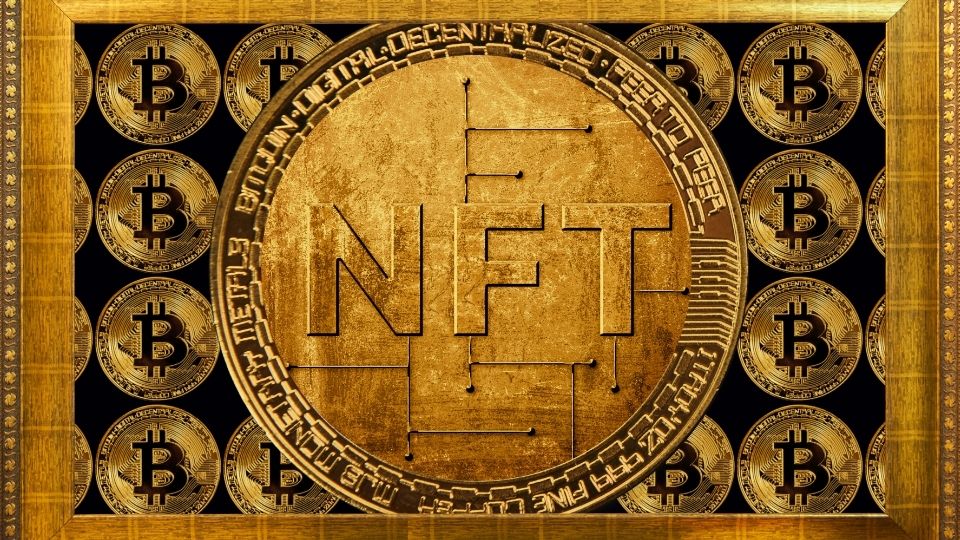 There's a new form of tech making waves and leaving loads of people confused. Is it a new cryptocurrency? Not quite. We're talking about NFT's of course, the newest buzzword in tech. NFT stands for 'non-fungible token' or in simpler terms a one-of-a-kind token.

So what is on these trading cards? Literally anything! An NFT can be drawings, music, video clips, etc. For example, Jack Dorsey the founder of Twitter sold his first tweet as an NFT. This is like he put his tweet onto a limited number of trading cards and sold them with a note of authenticity. These trading cards (NFT's) can be held onto like a rare piece of art or they can be sold later for a profit.

Art is one of the biggest markets currently for NFT's. Buying a limited art piece as an NFT is a little bit like buying an original painting. Sure, you can buy a print but you want the bragging rights that come with owning the real thing.

But for most of us, paying hundreds of thousands for digital artwork isn't something we can afford. So how can you get involved with NFT's? Going back to our trading card metaphor, the NBA created basketball NFT's where you can buy NFT's of plays, players, highlights, and more exactly like basketball cards of yore. Anyone can go visit NBA Top Shop and pick up a pack and see what they get, exactly like buying a pack of trading cards.

There's a lot more tech behind NFT's, like the blockchain network it uses but we hope this clears up the basic concept around what NFT's really are!

We discovered an issue with our Oscommerce cart pr

Published: June 27, 2021
Phillip Sirota
psirota@yahoo.com
I'm very new to the whole idea of having a website

Published: May 31, 2021
Dennis Gilmore
dgilmore@basthatfield.com
"I worked with Rich because my website was not wor

"I worked with Rich because my website was not working due to being old and out dated. Rich explained to me the cause of the problems and gave me different options to fix the problems. Rich was able to get my website up and running very quickly and would not even charge me! I am so impressed with Rich's honesty. When it comes time I will be calling on Rich to update my site. He has earned a loyal customer. Thanks Rich!!"

"WOW! I didn't expect my service request to be handled so quickly. I reached out to Rich for a quote to help migrate my WordPress website and heard back from him within hours. He called me to discuss and was super friendly and straight to the point. I couldn't have asked for better service. Computer Geek will definitely be my go-to for all website and IT needs! Thank you!!"

Published: February 25, 2021
BrittneyGage
brittneyrosegage@gmail.com
I want to commend you on the brilliance of the wor

I want to commend you on the brilliance of the work Computer-Geek has accomplished for expHand Inc. During certain website issues, the company experienced that had the company website taken down through no fault of the company. After Google did not offer the assistance to reload the website, the work Computer-Geek undertook to have the expHand Inc. website updated and reinstalled was remarkable. I would suggest to any company looking for website assistance from development to rectifying big and small problems that they should contact Computer-Geek. The personal attention given to expHand by Rich did not leave anything to chance. He worked with us as if he was a treasured employee of long-standing. How Computer-Geek continues to be of assistance delivers a continuous piece of mind. expHand will be a client for life. All the best,

Published: February 22, 2021
Frank Nemirofsky
Frank@SafestPeople.com
If you're looking for a Joomla expert, look no fur

If you're looking for a Joomla expert, look no further. We hired The Computer Geek to migrate our Joomla site last summer. The move was smooth and successful with no down time at all. I've contacted Rich with various web development issues since then and he's always found the solution. Exceptional service at competitive prices.

Rich was friendly & immediately helpful. Couldn't get into my website to update it & had let the situation drag on for months. Clicked on this website & Rich was friendly & immediately helpful, said he could sort things out and did so with promptness & efficiency - not rushing off afterwards, but taking time to make sure the job was done properly. I'd certainly use this company again when I next have a problem. Well worth $120.

Published: January 8, 2021
John Gordon
john@teamangelica.com
"If you have a problem with your website, or want

"If you have a problem with your website, or want to add some special functionality, you need to deal with someone you can trust who will fix your problem without making things worse. Finding someone like this is risky. How do you know he or she can do the job? How do you know you won't be left hanging? From our direct experience you can place your trust in these guys. The word 'fantastic' is much over-used these day but these people really are fantastic. Coming fresh into our site and knowing nothing about the specific software we were using, within minutes they were fixing issues. Frankly, I have no idea how you get this good. It's almost super-human. And when they hit a speed-bump, they don't turn around and place the onus on you like many specialists or blame someone else: they just fix it and move on. I trusted our entire site to them - more than 100 man-years of content - and within days we were completely fixed."

Published: January 4, 2021
Stefan Youngs
kildare4ever@icloud.com
Our website has an interface to another firm'

Our website has an interface to another firm's website so that prospective clients can leave their contact information for follow-up and tracking. This important hand-off function stopped working. I found Rich at The Computer Geek via search. He fixed this problem the same day, and improved the screen appearance for the prospective clients as well. The whole process was fast and efficient. I recommend this organization.

Published: December 22, 2020
Tom Nutter
thomashnutter@gmail.com
Once again, Rich and his team have done it again!

Once again, Rich and his team have done it again! My outofbodies.com band website needed a quick fix that I couldn't for the life of me figure out how to do - and Rich took care of it! I will always come back to these guys - they're beyond great! They're friendly, thorough and quick! Got me up and running - I highly recommend them!

How to Improve Sound Quality on Zoom

Published: July 26, 2021
These days almost everything we do is at home and online. It seems almost every day brings a new Zoom or Google Hangouts meeting. To improve the way we sound on these calls, many of us have bought USB microphones, headsets, or new computers so ...[Read More]

What is an NFT

Published: July 10, 2021
There's a new form of tech making waves and leaving loads of people confused. Is it a new cryptocurrency? Not quite. We're talking about NFT's of course, the newest buzzword in tech. NFT stands for 'non-fungible token' or in simpler terms a one...[Read More]