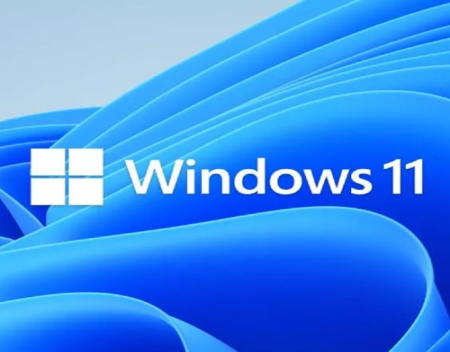 Enterprises such as Accenture and L’Oreal are leading the charge for Windows 11 adoption amongst businesses, and, although there’s still a long way to go, analysts aren’t concerned.

The latest data from web analytics service Statcounter (via The Register) reveals that Windows 11 ran on 16.93% of PCs worldwide in December 2022, in a slow but sure increase on the 15% adoption rate recorded by Statcounter in October 2022 and reported by TechRadar Pro in early November that year.

Despite these numbers first appearing low, Steve Keynhans, research vice president for Digital Workspace Infrastructure and Operations at market research firm Gartner, wasn’t worried when he spoke to The Register, claiming that the numbers are in the “right ballpark”.

In November 2021, a month after the release of Windows 11, research from Lansweeper revealed that less than 1% of PCs had upgraded to the new operating system.

Comparing that figure with the latest adoption rates does suggest that persuading businesses to upgrade their business PCs to Windows 11 for the sake of their security posture is a surmountable task.

It’s vitally important that businesses upgrade the operating systems on their PCs before an operating system reaches its End of Life - a date set by the software manufacturer, after which it will no longer offer security patches.

Windows 10 is set to reach End of Life on October 15, 2025. However, our report of Statcounter data in November 2022 also showed that 70% of PCs running any kind of Microsoft Windows operating system were running it.

With Microsoft itself warning in November 2022 that several security trends such as ransomware and phishing attacks are “moving in the wrong direction”, it’s important for enterprises to keep their systems protected with operating system upgrades.

However, in October 2022, TechRadar Pro reported on the longstanding issue that many processors inside business PCs don’t support Trusted Platform Module (TPM) 2.0 compatibility, making 40% of devices tested within 60,000 businesses ineligible for an upgrade to Microsoft’s latest operating system.

At the time, Lansweeper guessed that all PCs should be compatible by 2026, an estimate notably short of Windows 11’s End of Life date.

As The Register addresses, enterprises can pay to continue receiving security updates for Windows 10 past that date, but that may be counterintuitive to organizations looking to cut cybersecurity costs amid a recession.

However, Microsoft itself remains confident in Windows 11 adoption across enterprises, with big name companies leading the way and the rest likely expected to follow.

Speaking in October 2022 about results from Q1 of the current financial year, CEO Satya Nadalla claimed that “Accenture, for example, has deployed Windows 11 to more than 450,000 employees' PCs, up from just 25,000, seven months ago, and L'Oreal has deployed the operating system to 85,000 employees."